Ever since the establishment of the Premier League in the early 90’s football has become a family-orientated sport. Long gone are the days of tribal hooliganism and in come the hot dog stands and high prices. My question is, has the exploitation of fans gone too far?

The Premier League clubs have had it easy, really easy, since 1992. The revenue from television rights has gone up year and year, along with the clubs prices for both tickets and merchandise. These price rises have been much higher than the average rate of inflation year on year, no matter what reading you look at, the retail price index and consumer price index will both tell you prices have risen at a much higher rate than inflation. Of course, the clubs can justify this, it’s simple supply and demand. The increase in demand due to the game becoming family-friendly has lead to the clubs being able to increase prices, as any business would.

The competition commission feel they have no need to investigate the money lined pockets of the football clubs, after all, there’s more than 90 teams in the Football League, how could one possibly have a dominant enough share of the market to influence price? Well, for me normal rules don’t apply when it comes to football or any other sport for that matter. As a Liverpool fan I will always support Liverpool, I will always buy Liverpool match tickets and I won’t buy any other clubs products because I feel Liverpool’s are too expensive. My demand for Liverpool FC products is inelastic, as it is with nearly 100% of all Liverpool fans.

Looking at this evidence I believe it is fair to say that Liverpool FC and other football clubs have a 100% share of their own markets, which is dominated by the fans which support them. Demand is inelastic in many cases for the products, I know many fans who will always buy a ticket to the game ,regardless of price, so for me football clubs do have monopoly power and are using it by charging high prices for products consumers simply can’t get anywhere else.

The solution? Easy, inflation-based ticket price caps. No club in the Football League should be allowed to increase the price of their tickets by more than the current rate of inflation, this way ticket prices will not be increasing in real-terms and everyone is getting a fair deal. The clubs shouldn’t react too badly to this, after all ticket prices are already so high that it would take years for the profit margins to decrease if the clubs froze ticket prices. Of course, other products, such as replica kits, may not be regulated, after all, many fans chose not to buy these products as they are a luxury, whereas most people in the stadium will see their ticket as a necessity. 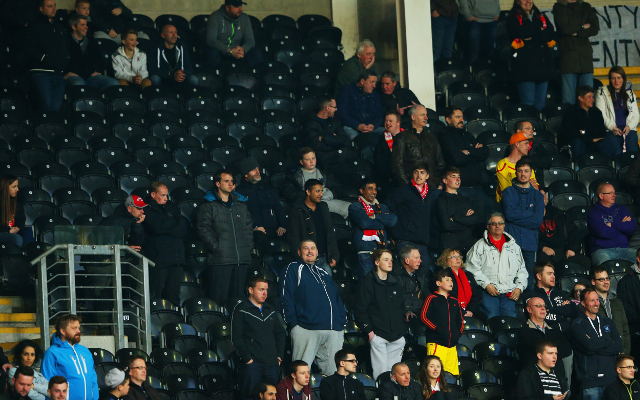 Fans warn of another boycott over ticket prices