He came, he saw and, finally (!!!), he scored. Dirk Kuyt, the Holland forward, scored two goals against Tottenham Hotspur yesterday night: the first in the opening six minutes and the second during injury time. This two precious goals gave Liverpool tree important points and moved the team only one point behind the desperate desired fourth place in the Premier League table.

The goals were like a relief not only for the Dutchman but also for the whole team, Rafa and the fans. The wild celebrations on the pitch and the tribunes only demonstrated the scale of that. Both sides – the playing and the supporting – were extremely eased.

One thing I have to mention, is Dirk Cuyt’s coolness after his first penalty shot didn’t count and he had to take a second running. Wasn’t he simply brilliant? How calm, how cool and how competent he was. It just have to be said. He netted the ball with an superior nonchalance despite the pressure and showed a great strength of character.

There often are comments that call Dirk “a player who is running the pitch up and down like a headless chicken.” Well, without this headless chicken we would be lost yesterday night, right?

“Like his manager, Kuyt simply refuses to be written off. A string of abject performances and the ensuing criticism would be more than enough to undermine players of lesser spirit than the Dutchman. But what he lacks in technique he so often makes up for in heart and this was one of those occasions.” *

It surely wasn’t a brilliant play, but there were a lot of positives to observe. There was a teamwork that we missed in the past few games, there was the spirit again and what matters the most: no Stevie, no Torres and we won. There’s nothing better for the team’s self-confidence,is there? For sure there was also a bit of luck. We weren’t lucky trough the whole game (missed chances), but we weren’t as extremely unlucky as we got used to.

For sure, we can not overreact in our euphoria and keep on working hard and improving constantly, but the small step forward was made. Let’s hope that the lucky strain will continue. As you say it in Dutch: Mazzels jongens!

One response to “The scoring Dutchman” 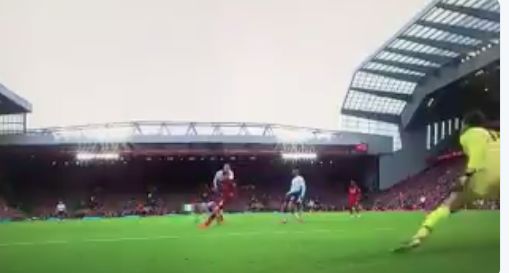