After our great victory in Turkey we host West Bromwich Albion for our third Premier League game of the season.

The Baggies return to the Premier League has so far been a mixed bag, the lost 6-0 to Chelsea in their opening game but then beat Sunderland 1-0 in their second game. They come to Anfield and will probably park their entire team in their own box, breaking them down might be difficult.

Joe Cole will miss the game as he serves his second match ban while Fernando Torres is expected to feature and he could score his 50th Anfield goal. Steven Gerrard should also return to the starting line up as he did not feature in Turkey due to a back strain. I think Roy will pair up Ryan Babel and Fernando Torres as we try to get maximum points from the game. The gaffer will also probably rest Dirk Kuyt who featured on Thursday however I feel that he will play Fabio Aurelio as we will need more attacking options.

2 responses to “Liverpool vs WBA (Sunday)” 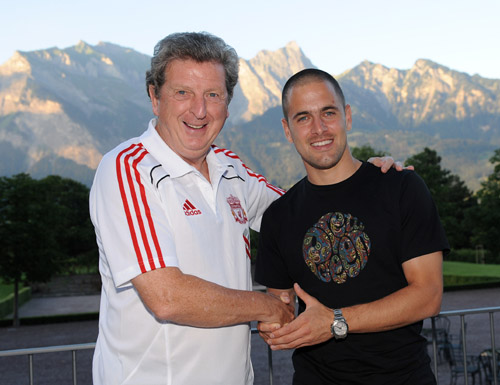