It has been a crazy 24 hours which an anti Hicks & Gillett video being published to YouTube and then late last night a bunch of statements from the club threw everything in turmoil.

This is what we all know:

The board has agreed to the sale of Liverpool F.C. to New England Sports Ventures who own one of the most prestigious baseball teams in America, The Boston Red Sox.  official statement

The club also issued the following caution:
“The sale is conditional on Premier League approval, resolution of the dispute concerning Board membership and other matters.”

This follows an earlier statement that Hicks and Gillett tried to block the sale by firing Ian Ayre and Christian Purslow from the board. I am sure that the legal challenge might drag this a little further.

There was a rumour earlier that George Gillett has sold his portion to Tom Hicks or another 3rd party but that was dismissed as both Hicks & Gillett released a joint statement.

As regarding the new proposed owner John W Henry (Here is his Wikipedia info on him) has been very good for the Red Sox. On the field they have won the World Series twice (2004,2007) since he took over,  they had a dry spell from 1919 to 2004. There was however a blunder he attempted to make by changing the team colours however he listen to the fans and kept the tradition. Ticket prices since he took over have gone up however. Also good to point out that he made his money on Wall Street and his current net worth of around £800 million might have him seeking loans to fund his purchase.

Of course many fans are not happy that the new owner is American following what happened with Hicks & Gillett and I don’t blame them. We need to be cautious and ensure that what happened to us under H&G doesn’t happen again. So hold off and don’t crack open that bottle of champagne yet.

Keep calm and Carra on. 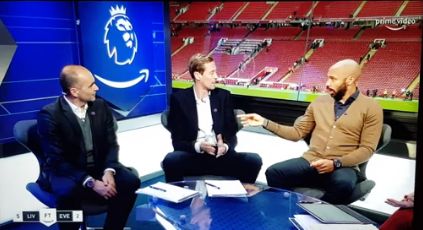