I’ve been reading reports lately that the new owners are unwilling to provide funds to improve the squad in the January transfer window. I for one, have never been in favour of the January transfer window – actually, transfer windows are frustrating and should be abolished altogether. A business institution which football clubs can be described as being these days, should decide when and how to recruit without external influence. I’d like to read into the exact motives behind this idea but certainly, such a scheme has had a fair share of, and probably justified, criticism.

NESV are renowned to revitalize a club patiently, wisely without resorting to panic decisions. A football team is setup during pre-season. One can augment the team’s potential as the season progresses (or during a transfer window) but there’s no guarantee new players will fit in a timely manner to shoulder the burden during the rest of the season.

In Liverpool’s case, there is potential in the current team to envisage a decent league table placing come the end of the season. A decent placing meaning a top four finish. Some may be questioning what this potential boils down to. I use the word potential since we’ve seen flashes of what some players are capable of lately. But flashes indicate that there’s a good chance of such players developing into envied stars. Liverpool have also retained quite a few super players which had a determining impact two seasons ago – Reina, Carragher, Skrytel, Agger, Gerrard, Torres and Kuyt. Lucas, Maxi, Krygiakos, Meireles, Cole all have what it takes to achieve a step improvement necessary to take the Reds to better shores. If one adds Johnson, Jovanovic, Ngog, Kelly, Pacheco and Shelvey, then I wonder whether we really need to add new faces during mid-season.

I always believed that great managers have that knack of turning average players into super stars. Being average doesn’t necessarily mean there’s no chance of ever making the grade. Fair to say, some players have quality from day one, but availability of such talent is scarce and typically at a high cost. The message from NESV is clear: get the best out of the current players, do a recap of football and financial matters at the end of the season, get rid of liability and purchase two or three top class players. NESV won’t be splashing out multi-million pound cheques. In a certain sense, this cautious approach is how many successful businesses started out. Rome wasn’t built in a day and Liverpool don’t really require a complete overhaul of the team.

Managing this situation requires ability to identify weak areas. Whether Roy embodies such a characteristic is up for question at the moment. What is for certain is that the players have shown that they can, collectively, compete at top level. Roy’s job is even more harder now that new owners have been installed. The manager has to ensure a good league finish (or Liverpool risk losing a few of the top names above) – and hence squeezing out the best of the current squad – and identify who hasn’t got a long-term future at the club. This is testing time for both manager and players. The key point here is for all players involved to maximize their effort. Having just one player under performing is not acceptable and will lead to added pressures.

15 responses to “Liverpool in need of new players in January?” 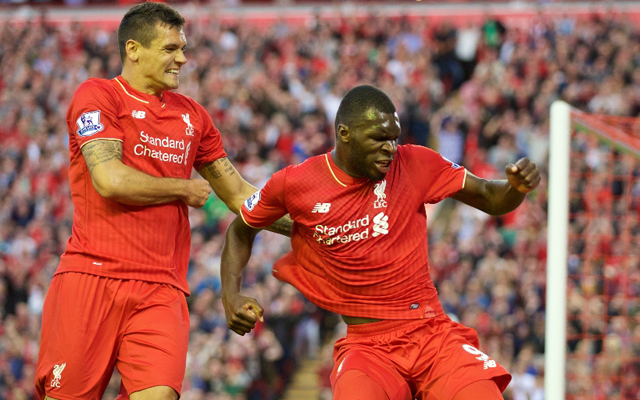