The morning after the night before.

Having read as many match reports and columns as I could in the wee hours of Monday morning. I have to say, it is an incredibly refreshing feeling reading the Reds receive rave reports from the National Press.

Without wanting to bring anybody back down from Cloud 9, believe me, it is a much better place to be than the bottomless pits of ‘relegation’. Let us begin to analyse the result with a bit of perspective. That is not to say, the rave reports are a falsification of the match yesterday, just that epic wins sometimes cause even the most cautious of fans to fall into the trap of  severe short termism.

Before yesterday’s match, we were languishing in 16th position having managed to claw our way out of the bottom three with victories over Blackburn and Bolton. Three points last night brought us to the lofty heights of 9th place. Effectively, non withstanding our dire goal difference of -2 we have the same points tally as Bolton who lie in 6th position.

It paints a real picture of the congestion in the middle of the league table that we are both 5 points off 3rd place Arsenal and 18th place Wigan Athletic.

As Fernando Torres said yesterday, it was a great victory, a great 3 points but we are not out of it yet. This victory against league leaders Chelsea should really give us the confidence now to press on against Wigan and Stoke. There is no denying that it is in away fixtures like these, that Liverpool have far too often come a cropper. 6 points, is an absolute must for Roy and his team to prove they really are in the process of turning a corner.

As for Roy Hodgson, he has to take confidence from a run of 4 matches in all competitions undefeated. Add to that the feat of beating Chelsea, something he did not quite manage to achieve in his time at Fulham as he was cheekily reminded by LFCtv writer Jimmy Rice. However, it would be presumptuous to assume he has managed to win over LFC fans and his critics in the press.

To non Liverpool FC fans, this may seem a tad harsh on Roy, but it has to be realised that we are not a team comfortable with being in the bottom half of the table. We are not comfortable with losing must win games against our bitter rivals and top four teams with such lack of fight. Liverpool FC is a club built on the strong tradition of winning, as the great man, Shankly said success means first place – nothing less. To win back LFC fans Roy has to realise our ambitions and traditions and understand that we want him to be a manager who, both on the pitch and off it, fights for our cause.

Credit to Roy, the performances recently, especially in defence, have been an improvement on previous games where our incompetence at the back led many an opposition to come out and attack our defenders. The large improvement can be credited to the introduction of the giant; Soto who has dominated in the aerial battles.

Our general play though has improved but not yet reached the levels expected of Liverpool FC. We have long since been associated with the brilliant execution of pass and move football and we need that to be reinstated into our game. Yesterday’s match was won by sheer grit and determination and two flashes of brilliance from Fernando Torres. But, we need and expect more than just grit and graft. Roy needs to build his team tactics around Fernando Torres in order to maximise his great talents. This can only be achieved by football played with the ball on the ground, not being hoofed to a missing target man.

Finally, the premier league has proved time and time again why it is the most exciting league. No one team can claim to be undefeatable and there are certainly points to be won. We need to build on recent success and claw our way further up the table. Maybe then,  Roy will receive his plaudits and I will sing his praise. Until then, let us hold on for what I predict to be a rocky but exciting ride. 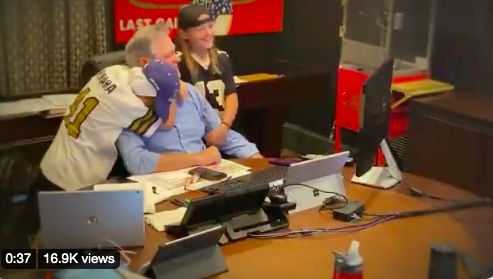