Defeats a few weeks ago would have been bitter and I would end up being a body of anger, frustration. Nowadays, the ill feeling is short-lived and it’s back to business after a short while. I’ve become practically immune to Liverpool losing game upon game. A few days ago we were all oozing up there in cloud number nine following the news that the King was indeed back at the helm of – once – a big institution. Yesterday we all came tumbling down after witnessing, I must say, an abject display by, at least, half of the players Kenny fielded. Blackpool are no Barcelona. The team set up by Ian Holloway, a man who should be, without a shadow of a doubt, applauded and rewarded for his accomplishment at Blackpool, probably costs ten times less than the Liverpool eleven. The feeling after the 90 minutes was disgust and shame.

We’ve been fed the “lack of confidence” story for weeks on end now and I wonder how can a human being be devoid of confidence with a salary exceeding £50K a week, and idol to thousands if not millions of people, part of a club with a rich history. If someone out there has a plausible, down-to-earth explanation, kindly come forward. I believe players get a financial bonus for scoring goals so how’s about imposing a hefty fine when performances are simply sub-standard? It is high time players understand that playing for Liverpool means giving one’s maximum during every game. Failure to do so should lead to financial penalties instantly. Player inconsistency is nowadays a farce and nothing can be done about this – playing good or bad doesn’t have any leverage on the financial well-being of players. Such a hypocritical scenario is compounded with the notion that players will hand in transfer requests if the financial status is not good enough. In a nut shell, clubs are at the mercy of players in today’s football World. The only solution to such a quandary is dropping those who fail to live up to expectations. Relegate them to the reserves – fullstop. Players have no divine right to be in the first team at Liverpool and only putting in respectable performances should guarantee a constant selection.

The game against Blackpool couldn’t have started better for Liverpool. Torres was served on a plate by the improving young prospect Kelly and the Spaniard brilliantly finished from a tight angle. Dream start and I thought we were cruising. Cruising we were until Blackpool got a foot hold on the game and started to dominate the midfield. Blackpool were defending high up the field, trying to win the ball in midfield, a crucial area which direly missed the presence of Steven Gerrard. Blackpool’s enthusiasm inevitably meant that they were exposed in defense, and, on another day, with better service, Torres could have run havoc. Service was lacking worryingly yesterday with our only hope being Kelly who did his utmost to get the team forward.

Blackpool looked good because many of Liverpool’s players looked so awful. The only players that deserve recognition are Reina, Torres and Kelly. Torres was a different prospect to the frustrated sulking figure as of late, but he was terribly let down by poor passing. Lucas and Miereles, tried but trying is not enough if you’re wearing a Liverpool shirt. We lacked precision in our passing and how many times have I re-iterated that this chronic problem needs rectification. Johnson and Jovanovic were by far the worst performers, preferring to jog at times rather than run at defenders. Kuyt was rarely effective and seemed disinterested. I was surprised when Poulsen was given the nod and his performance was, at best, average. The center backs have to shoulder the responsibility for poor defending in both goals.

Kenny Dalglish has taken the reigns at a time when motivation is at a premium. He now has to prepare a team mentally for the Merseyside derby without two local and influential players, Carragher and Gerrard. Tough call indeed. Let’s be honest, we can only hope for a draw at Anfield on Sunday, can’t even, for one second, expect Liverpool to win. Moyes will be priming his players and will urge them to inflict a blow which would leave us perilously hanging in relegation quarters. I’m lost for words to be honest and it’s all gloom and doom at the moment. Still a big piece of the puzzle missing in the “new” Liverpool and that’s investment in new players who can inject excitement to Liverpool’s all round play. Many players have been underachieving for months now and it is time to show each of them the door.

That’s all from me for the time-being.

39 responses to “A Nightmare Scenario Unfolding” 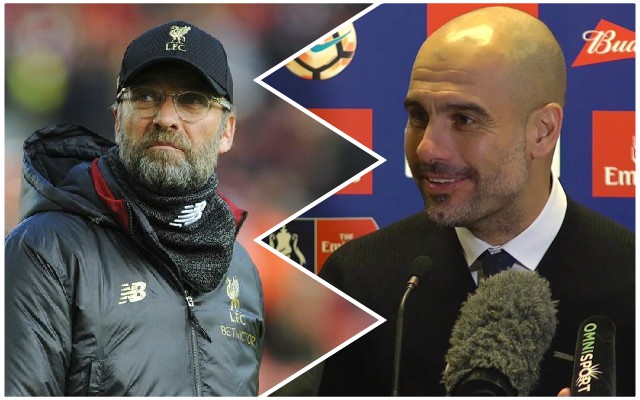 “Thank God for LFC”: Pundit nails it with comments on Manchester City