Many Reds joined in a Twitter protest this evening by adding the tag #dontbuythesun to their tweets causing this tag to trend in many countries including the UK, Ireland and South Africa.

Manchester United were playing non-league side Crawley and while most of us Liverpool supporters never like to see United win, this time it was different. Crawley are sponsored by the despised rag “The Sun” and for this reason many Reds and Evertonians wanted Man Utd to win. Manchester United did beat Crawley 1-0 and for the first time ever in my life I will say “Well done Man Utd”.

For those who want to find out why this rag is not read in Merseyside please visit http://dontbuythesun.co.uk/

Thanks to the folks at @thisisanfield for getting the ball rolling. 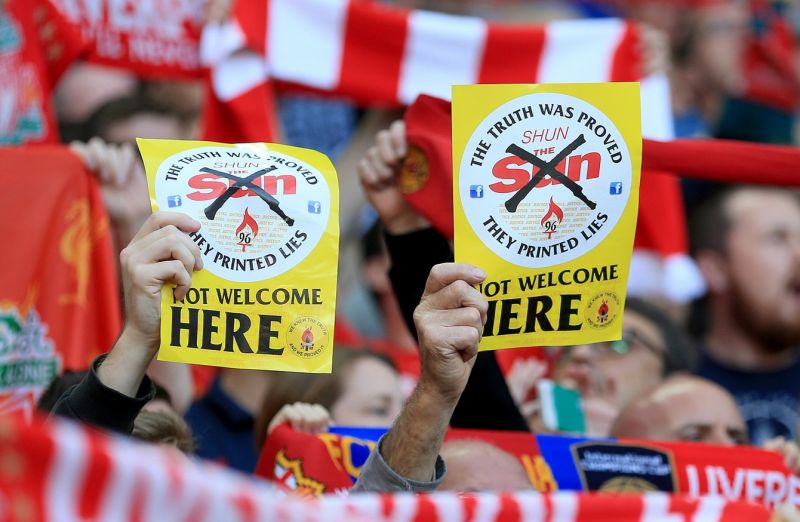