A fantastic first half display backed up by a second half that was full of commitment, desire, pace and most importantly quality throughout.

Unlike many I don’t want to focus on the performance of Andy Carroll as I’m sure I’ll be able to leave that to many others for them to offer him some rightly deserved plaudits.
I want to look at what turned out to be an under-rated partnership of Lucas Leiva and Jay Spearing.

One is a handsome 20 something with a great first touch and an eye for a pass and that Lucas kid isn’t so bad either. The first thing I’d like to look at is the way they work for each other. If Lucas stuck a tackle in hard the first player to pick up the pieces was Spearing and vice versa. It was what the other was doing when the other had the ball that struck me, if Lucas came short for the ball Spearing would look to aid the attack or create space for himself to aid the link up towards Suarez and Carroll, a match made in heaven?

We’ve missed a Mascherano type character in the middle, no not the ‘I want to play with Lionel Messi’ Mascherano, the bulldog. I don’t want to big Spearing up too much by saying he’s the scouse version of the Argentine, but well I’m going to. He’s not afraid of the tackle in the slightest, I’m pretty confident in saying that pulling out of a 50/50 isn’t in Jay’s game. The one big difference to Mascherano is the range of passing he has, you can see he’s been training with the likes of Steven Gerrard and Xabi Alonso in the past, he’s not afraid to look for the killer ball, whereas did we ever see Javier Mascherano pass more than 10 yards?

Let us now turn our attention to that ‘future squad player’ Lucas, an outstanding display summed up by his composure throughout, never in a rush, never looked under pressure and always played the right ball. I’m not sure if Lucas will ever be a favourite with every Liverpool fan but he’s certainly worming his way into the hearts of the doubters I’m sure with every top class performance he puts in.

The contribution of Lucas and Spearing allowed Kuyt, Meireles, Carroll and mostly Suarez to attack with confidence. All four of them knew that if something did go wrong the insurance policy of ‘Jay Leiva’ (Ok we’ll work on that) would back them up and sort it out. A very satisfying performance by the pair of them and although we need to strengthen in the summer if they keep up the sort of performance we saw against Manchester City then well I am for one extremely content with our situation. 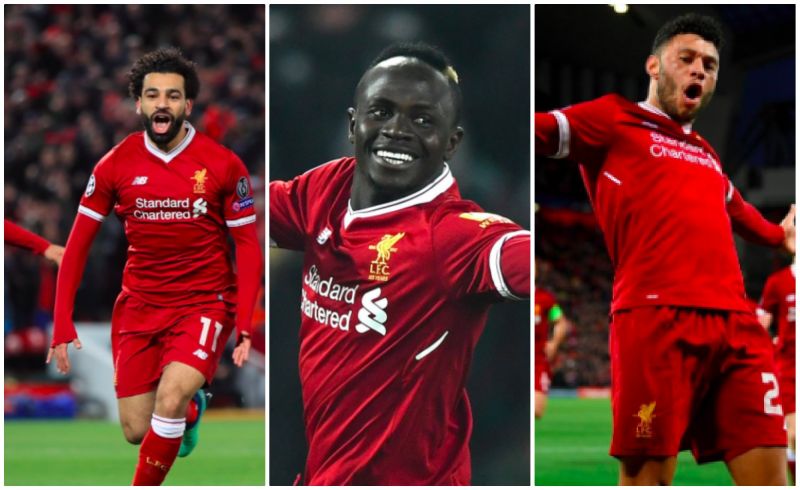 Private: When Liverpool broke the internet: Best tweets from best 30 minute performance of the season