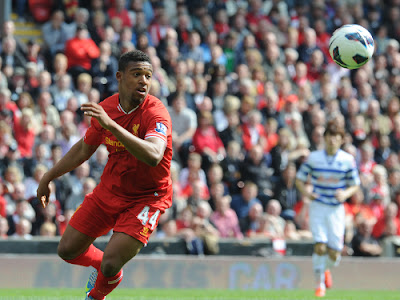 Most Liverpool fans would know who Jordon Ibe is by now. The lively 17-year-old winger made his debut in Liverpool’s final game of the season against QPR, starting the match on the left wing. He looked assured in his maiden outing for the first-team, taking on his marker whenever he got the opportunity. His main assets are his pace and strength, and these were highlighted in his assist to Philippe Coutinho for Liverpool’s only goal of the match.Ibe has taken on a similar path to Raheem Sterling, and is a similar type of player. If anything, Ibe could surpass Sterling’s brilliant on-field achievements. He’s well-built for his age and, like Sterling at youth level, has a brilliant eye for goal when cutting inside.The youngster scored three goals at Under 18s level, as well as one when called upon by the Under 21s. Expect to see more of Ibe next season.Jerome Sinclair

At just 16 years and six days old, striker Jerome Sinclair burst onto the scene at Liverpool, becoming the youngest ever debutant in the club’s long and rich history. His short cameo may have been the only time we would see him throughout the season at first-team level, but it was a promising sign for the future.

Like the aforementioned Ibe, Sinclair is incredibly strong in stature for his age. He’s also very quick, skilful and is a nice finisher. He has the versatility and smarts to play as either a commanding No.9 or a tricky No.7 and he displayed both of these qualities throughout the year under Steve Cooper. Despite not making a second first-team appearance, Sinclair trained regularly with the senior squad late in the season.

He was the Under 18s’ top scorer with 12 goals, while also chipping in with one at Under 21s level. Watch closely to see if he builds on his impressive debut over the next year or two. 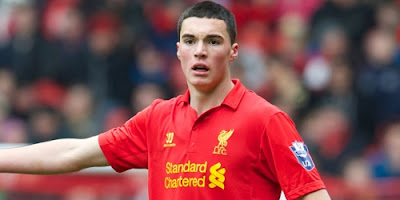 After making the 18-man squad for Liverpool’s penultimate Premier League match against Fulham, defender Lloyd Jones could be the next Academy graduate to debut under Brendan Rodgers next season. Tall, athletic and commanding, the 17-year-old has all of the physical qualities to replicate the recent success of Martin Kelly and Andre Wisdom in the first-team.

Following Jamie Carragher’s retirement, Brendan Rodgers could be after several youth prospects to make the step up to first-team level next season, and considering Liverpool’s vulnerabilities in the air throughout 2012/13, Jones’s height and aerial presence could mean he’s the first cab off the rank.

By the end of the season, Jones had left the Under 18s team and was a first-choice at the back in Liverpool’s Under 21s side. Depending on Liverpool’s transfer activity over the summer, Jones could be rewarded with a first-team debut next season.

The Under 18s success in the FA Youth Cup unearthed a magnificent midfield talent in Jack Dunn. The Liverpool-born prospect has been well known in Academy circles for a while now, captaining the team in 2011 before suffering from a spout of injuries. However after recovering from those problems, the 18-year-old enjoyed a breakout second-half of the season.

Dunn scored an incredible six goals in the opening four rounds of the FA Youth Cup, driving the team towards a semi-final showdown with Chelsea. His leadership qualities inspired the young Reds throughout the season, and it even earned the youngster a call-up to the Under 21s team, where he scored on debut, late in the campaign.

The midfielder is ineligible to play for the Under 18s next season, so will have to solidify his position at Under 21s level before making the step up to a potential first-team debut. 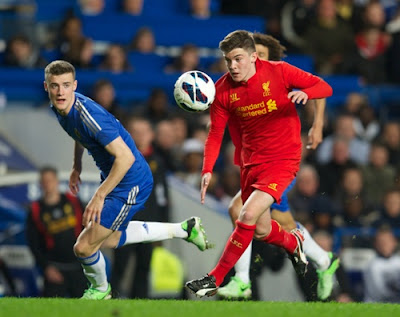 A sensational and consistent goal-scoring run from attacker Daniel Trickett-Smith put the youngster firmly in Steve Cooper’s plans throughout the season and put his name into the picture for a potential first-team call-up over the next couple of seasons.

The 17-year-old, playing in his first season at Liverpool’s Academy, scored 11 times throughout the year and finished second behind Jerome Sinclair as the Under 18s’ top goal scorer. It was an impressive feat, considering the youngster played the majority of the season in midfield or operating as a No.10, just in behind the centre forward.

If his first season at Liverpool was anything to go by, Trickett-Smith is sure to have a successful future at the club. Whether that holds a first-team debut, it remains to be seen.