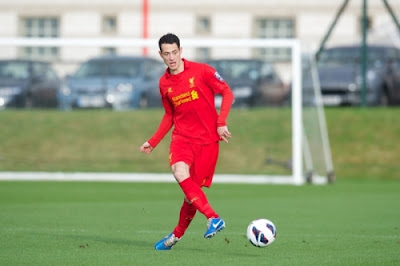 Hungarian midfielder Krisztian Adorjan looks set for great things next season after a breakout year in Liverpool’s Under 21s side. The 20-year-old was prolific playing in either the No.10 role behind the striker or on any flank in a front three, meaning he could be a perfect fit for Brendan Rodgers’s system.
Adorjan was the second top goal scorer in the Under 21s this season, netting 12 times and laying on several assists for his teammates. He’s incredibly versatile, however is yet to break through into the first-team. Stunting his momentum has been the likes of Suso and Raheem Sterling breaking into the senior side ahead of Adorjan, while the acquisition of Philippe Coutinho has made first-team chances all the more harder to come by.
Regardless, Adorjan is a fantastic prospect and could excel in the senior team if given his opportunity next season.

Ryan McLaughlin
Liverpool’s Academy system has had a recent habit of churning out fantastic right-back prospects, and Ryan McLaughlin is no exception. However the Northern Irishman is in a different mould to recent Academy graduates such as Andre Wisdom and Jon Flanagan, as in he is a superb wing-back who is often more talented going forward than he is when defending.
The 18-year-old loves to overlap down the right hand side and is incredibly dangerous once he reaches the final third. His ability to relentlessly carry the ball down the wings and into the area, as well as his tricky feet and nice array of skills, resulted in McLaughlin winning several penalties for the team throughout the season.
If the likes of Wisdom and Martin Kelly are preferred at centre back in 2013/14, expect McLaughlin to be first in line to replace Glen Johnson when the England international is in need of a rest. 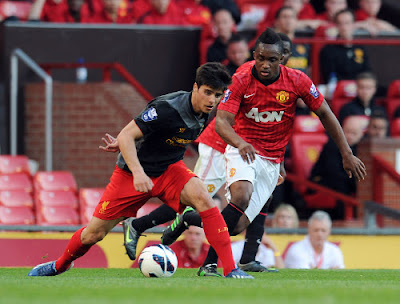 Liverpool came across Portuguese starlet Joao Teixeira after he tore the Reds apart at Anfield in the 2011/12 NextGen Series. Soon after he was a Liverpool player, and now he looks one of the Reds’ brightest prospects in midfield.
Like a number of Academy prospects, the 20-year-old is versatile and can play in a number of different positions across midfield. While he prefers to play as a central midfielder, he is able to adequately operate in the hole behind the strikers. Arguably the most impressive aspect of Teixeira’s play is his ability to get stuck in with a hard tackle. He is by no means a luxury player.
Teixeira scored twice in the Under 21s side throughout the year, and if he can build on an impressive first full season at Liverpool, he’ll be sure to come across first-team opportunities in the future.

Conor Coady
Liverpool’s Under 21s captain Conor Coady made huge strides throughout the season, none bigger than when he made his first-team debut in the Europa League back in November. The local lad then made his Premier League debut as the Reds beat Fulham in the penultimate game of the season and should add to his list of first-team appearances over the next few years.
Coady is a typically robust central midfielder built like and modelled on Steven Gerrard, however he can also revert into a centre back if required. He has a fantastic array of passing abilities and has an eye for goal when pressing forward. His leadership abilities are also outstanding, as were demonstrated when he captained England’s Under 17s side to the European Championship in 2010.
The 20-year-old has been touted as the next Stevie G, so watch out for the youngster in the coming seasons. 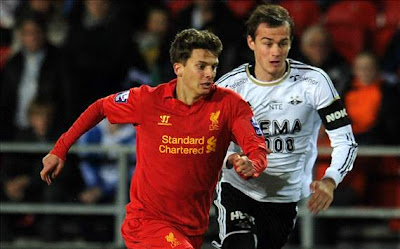 After a hugely successful start to the season, American Marc Pelosi suffered a gigantic setback in February when he broke his leg in a horrible incident for the Under 21s side. However the left-sided utility has made excellent progress in his comeback and could press for a first-team debut when he returns to football later in 2013.
Prior to his injury, the 18-year-old had cemented his spot in Alex Inglethorpe’s side, initially playing as a left-back but more frequently moving to the left side of attack or as a central midfielder. It’s this versatility that makes Pelosi a handy player to have in a team, and this was recognised by Brendan Rodgers, who called Pelosi into his Europa League squad for the final stages of the competition prior to his injury.
All at the Liverpool Football Club are hopeful that Pelosi can soon return to full fitness, as lots is expected of the talented youngster.
Follow A Liverbird Upon My Chest on Twitter.