Reports in the Daily Express are claiming that Rickie Lambert could make a sensational return to Southampton in the January transfer window, after struggling to make an impact at Anfield.

Would we be happy to see him go? Lambert made his £4m move to Liverpool in the summer, returning to his boyhood club, but the striker is keen to secure more first-team opportunities in order to keep his place in the England squad.

A move back to St Mary’s could offer him more starting opportunities than an extended stay at Liverpool, however he would still have to compete for his place with in-form Saints star Graziano Pelle.

Lambert has looked out of touch and off the pace so far this season, and many have questioned whether he will ever be able to make things work. His desire cannot be questioned, but he just doesn’t seem to fit into any system Brendan Rodgers plays.

With Liverpool’s floundering front-line, Rodgers is in desperate need for his side to start scoring again, especially with Daniel Sturridge’s latest injury crisis.

If the likes of Lambert, Mario Balotelli and Fabio Borini fail to find their feet in the next few weeks, then there will be at least one new arrival come the New Year.

According to the Express, if Liverpool were to succeed in their pursuit of Saido Berahino or Jackson Martinez or recall Divock Origi early, Lambert could be forced to return to St Mary’s on loan if he wants to keep his place in Roy Hodgson’s squad – and that would surely make sense for all concerned. 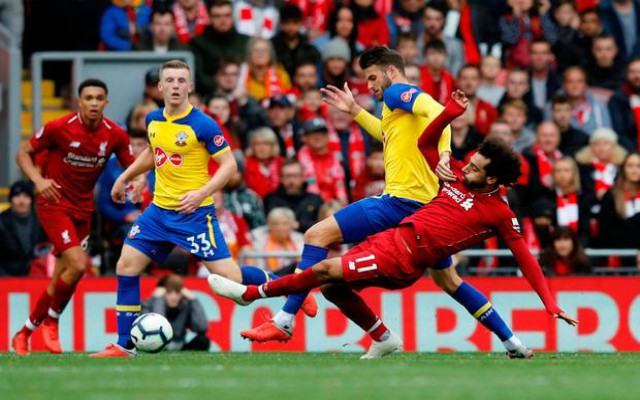