Reports in the Daily Star claim that Liverpool are continuing their search for a new goalkeeper, despite the impressive performance of current number one Simon Mignolet in Saturday’s 1-0 victory over Stoke City.

The Belgian stopper has come under plenty of criticism for several mistakes since his arrival at Anfield from Sunderland in the summer of 2013, but he showed all his qualities yesterday with an excellent late save to deny Bojan a dramatic stoppage time equaliser.

However, the Star adds that a deal for Chelsea’s Petr Cech or Stoke’s Asmir Begovic will only be possible if Reds manager Brendan Rodgers generates some funds from player sales.

Anfield supremo John W Henry financed a summer of heavy spending, and is unwilling to splash the cash again without first recouping some of the £120m summer bill – which helped recruit players such as Adam Lallana, Mario Balotelli and Lazar Markovic.

Rodgers may also look at Fiorentina’s Norberto Neto, who would possibly be a cheaper option, with Cech set to cost around £7m, and Begovic priced at £15m. Either way, the likes of Glen Johnson and Fabio Borini would need to be sacrificed before any deal could be made. 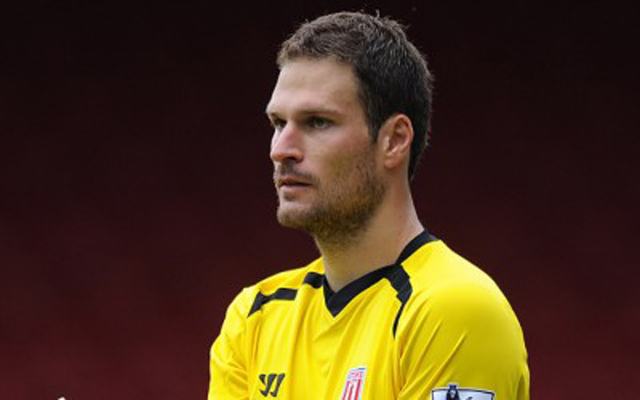 Premier League pro ruins LFC: ‘They don’t want it, have no desire’