Odegaard could be in a Reds shirt in the near future.

Stromsgodset and Norway wonderkid Martin Odegaard has flown to Liverpool for a tour of Anfield, Melwood and the city centre as we look to tempt the teenager into signing, according to the Daily Mail.

The 15-year-old is being watched by some of the best clubs in Europe and Odegaard has already spent time with both Manchester United and Real Madrid and the former are hoping to see the youngster once again.

Chelsea however have ruled out a move for the midfielder, but with the Norwegian rated as possibly the most promising young player in European football signing him is sure to prove difficult.

Despite his age Odegaard already has three senior international caps and is the youngest ever player to compete in a European Championship qualifier at 15 years and 300 days.

The midfield ace broke into the Stromsgodest first team towards the end of last season and to date has played 25 times for them in all competitions.

Reports suggest Odegaard is a boyhood Liverpool fan and therefore we will be hoping to use that to our advantage when it comes to tempting the starlet away from his home country. 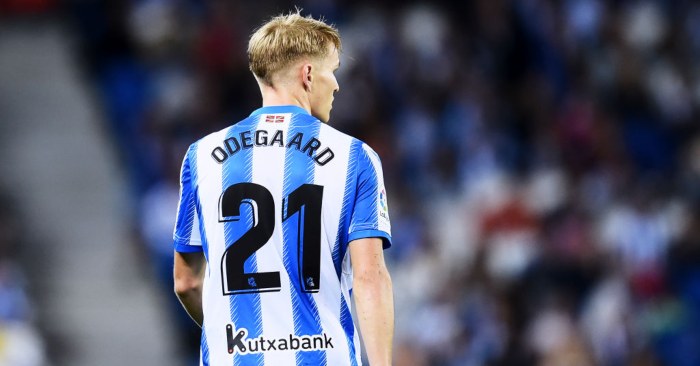