According the ex-striker, Henry has been so disappointed by our start to the season and Champions League failure that he wants to fire the manager he got so behind during our title push in 2013/14. The fact that £113m was spent in the summer to no immediate avail has also griped the American businessman.

Writing for Bleacher Report, Collymore said: “I heard two weeks ago that John Henry has tried to sack Brendan Rodgers a couple of times already.

“He was persuaded not to by Ian Ayre and a couple of club legends, who were sought out for their counsel.

“Adam Lallana has been no better than a six out of 10, Mario Balotelli a five, Rickie Lambert five, Lazar Markovic five.

“It’s been the stuff of nightmares for Rodgers.”

It is often said that a manager lives and dies by his signings, and of Rodgers’ 25 since arriving at Anfield, only Coutinho (who is actually having a poor season) and the perpetually injured Daniel Sturridge could be regarded as big successes.

Earlier today, reports linking Diego Simeone to Liverpool emerged, which would back up Collymore’s claims.

It would be fair to say that Rodgers’ future is a much debated topic in Liverpool right now. While many are remaining loyal to the likeable boss who managed the team so superbly last season, others see this term’s failings as unforgivable.

Exclusive: Liverpool urged to secure ‘dynamic midfielder’ who can support the front-three by former Reds striker 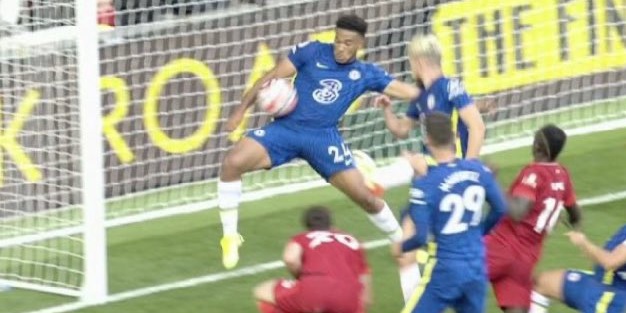 Exclusive: Liverpool got ‘away with one’ with controversial Reece James penalty call, says ex-Red