Footballer/social media expert could move to Crystal Palace this January…

Liverpool’s Spanish left-back Jose Enrique could be set for a loan move to Crystal Palace, with the new Eagles boss considering a bid for the defender this January, reports the Telegraph.

The 28-year-old’s Liverpool career has been largely curtailed by injuries, and when he’s found form since his arrival in 2011, another injury has set him back – meaning he’s actually only made 40 Premier League appearances since Brendan Rodgers arrived at Anfield.

This term, the signing of Alberto Moreno and another injury has restricted him to just two Premier League starts, and his performances in those matches have been very poor – completing only 64% of his passes…

Although his chances of ever nailing down the starting left-back again spot seem pretty slim, he’s a handy backup player to have. However, when Jon Flanagan returns he could be surplus to requirements, and Enrique could be attracted to the first-team football Alan Pardew’s Palace side could offer him. 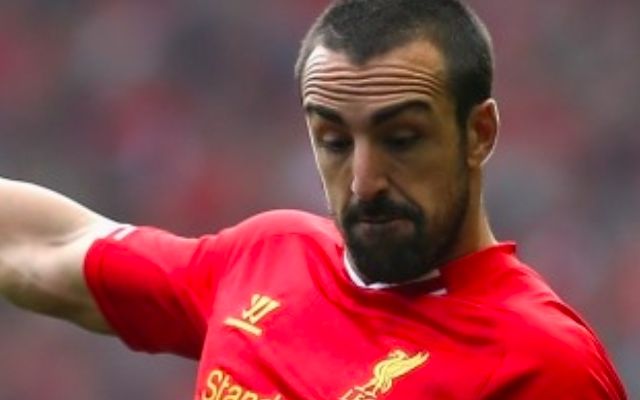