Have Liverpool been looking into signing Yoann Gourcuff, or is this just an agent trying to get a better price…

The agent of Lyon’s French midfielder Yoann Gourcuff has claimed that he recently had discussions with Liverpool over the potential transfer of his client – who also attracted interest from Atletico Madrid.

Reports in the Daily Mirror carry the quotes from Didier Poulmaire who implied that talks occurred within the last year, while Manchester City have also asked over the player in the past.

He said: “In any market window some foreign clubs knocking at the door for Yoann. In the past it was the Manchester City to come forward, while this year it happened to Liverpool and Atletico Madrid.

“The top clubs follow him and know his talent and I am sure that will come during the next market offers for him.”

The 28-year-old, who has 31 international caps but was not included in the French squad for the 2014 World Cup, has been with Lyon since 2010, and has inspired them to the top of the Ligue 1 table this season.

Formerly of AC Milan and Bordeaux, Gourcuff is accustomed to being part of winning squads. He lifted the Champions League title in 2007, as well as the UEFA Super Cup and the FIFA Club World Cup, while he later added the French league title and French cup.

Despite Poulmaire’s suggestions, Brendan Rodgers already has a wealth of options in attacking midfield, with Raheem Sterling, Philippe Coutinho, Adam Lallana, Lazar Markovic and Jordon Ibe all among those competing for places.

While there might be some truth in the fact that we’ve shown an interest in the player in the past, don’t expect any move to be revived any time soon. 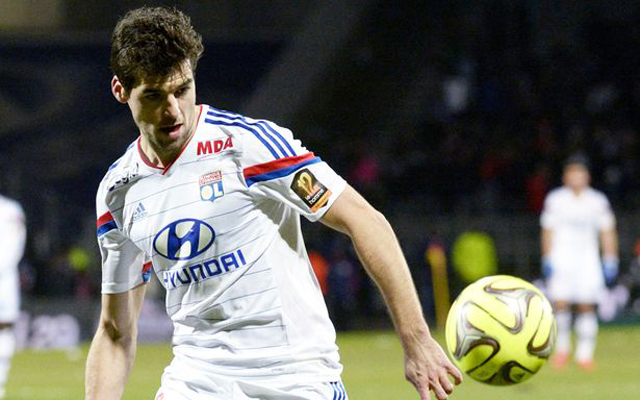