But he doesn’t have any hard feelings…

Emre Can has revealed he hasn’t spoken with Diego Costa since his disgusting stamp in Chelsea and Liverpool’s Capital One Cup semi-final at Stamford Bridge.

Footage of the Blues striker stamping on our summer signing deservedly earned the controversial forward a three game ban that should possibly have been more given his other exploits in that game on Martin Skrtel.

However, Can says he will have no problems with facing the Spanish international on the field of play once again.

“There is not much to say about it, if you look at the pictures you see what story there is,” said Can in an interview with Liverpool Echo.

“I never spoke to Costa. It’s no problem to play him again.

The former Bayer Leverkusen man also revealed his affection towards the Liverpool fancies in general for welcoming him so warmly following his move to Anfield in the summer.

However, not all seem to have seen the meteoric rise and incredible performances which we have with Can yet to get a full international cap and wasn’t selected in Joachim Loew’s latest 23-man squad for upcoming European championship qualifiers.

“Without being disrespectful to Leverkusen I think playing here for Liverpool helps me even more because I am playing for one of the biggest clubs in the world,” he said.

“I don’t regret making this step in coming here and it definitely increases my chances of maybe playing internationally.” 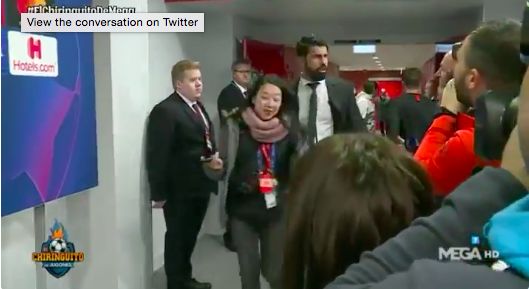