It’s ‘loan transfer deadline day’, and the Reds have been hard at work…

It’s been a busy day for Liverpool, with three of the club’s brightest young stars moving out on loan – joining the likes of Jerome Sinclair, Sheyi Ojo and Joao Carlos Teixeira in gaining some much needed experience.

The Liverpool Echo has confirmed that midfielder Jordan Lussey has joined Neil Lennon’s Bolton Wanderers – well known to us from our two recent FA Cup games – until the end of the season.

Lussey, 20, was recently called into the senior squad for the Europa League game away to Besiktas. He’ll now be aiming to ensure Bolton, currently 17th, stay well clear of the Championship’s relegation places.

Dunn and Stewart, who seemingly come as a pair, both played for Cheltenham Town earlier this season, where the former scored three goals in five games before picking up an injury.

Former Chelsea striker Hasselbaink will now be hoping that the pair’s experience in the division will help aid his push for promotion, as Albion look to expand their current nine point cushion on fourth place Bury. 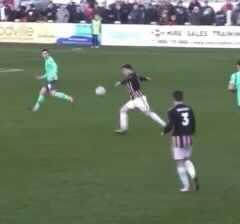