As we promised, we’ve returned the Liverpool captain to the team. That means either Lucas or Joe Allen will miss out. We’ve kept the Brazilian, who is more adept to protecting the back four than the Welshman, who’ll have to make do with a spot on the bench.

With Lucas in the holding role and Henderson going box-to-box we’re hoping that our skipper will be allowed to sit in the middle of the park and pick his passes. A bit fanciful thinking perhaps but this should be where he’s most effective in our opinion.

There’s not a lot of pace in this midfield so Henderson will have to be working extra hard to support both attack and defence. We all know the vice-skipper is perfectly capable but he’ll need to be at his best without the extra security of Lucas and Allen sweeping up the pieces. 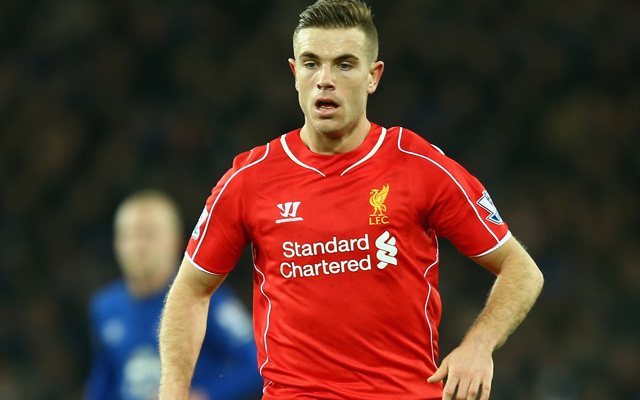