Liverpool 1-2 Aston Villa – Philippe Coutinho scored a wonderfully-worked opening goal, but it wasn’t enough for the Reds, who were eventually beaten by strikes from Christian Benteke and Fabian Delph.

Steven Gerrard had a header cleared off the line and Mario Balotelli saw a goal incorrectly ruled out for offside in stoppage time as the Reds chased an equaliser that just would’t come.

Tipped over Charles N’Zogbia’s shot early on. His positioning for Benteke’s opener might have been better but there was little he could do about what proved to be the winner from Delph. It was otherwise a quiet afternoon.

Rampaged forward well from the back, particularly after Rodgers chose to switch to a four-man defence, allowing the German to push down the right-hand flank. One of the cornerstones that next season must be built around.

Looked a little shaky on his return from a three-match suspension but in truth did little wrong. The Slovakian had quite a job to contain Benteke and for the most part did it well. He’ll be sorely disappointed not to have done more.

Started well, getting an important toe to deny Benteke as he looked to latch onto a pass from N’Zogbia. Caught out for the second goal and wildly lashed over with almost the final kick of the game as he tried a ‘Gerrard moment’. 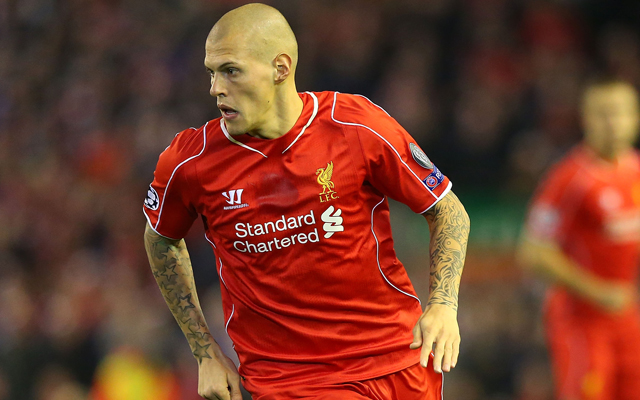