Sampdoria owner Massimo Ferrero has spectacularly ruled out appointing former Liverpool boss Rafael Benitez as the club’s next manager, after claiming that the Spaniard is too fat for the role.

Ferrero has already ditched eight managers in six years and hardly has a proven track-record for patience. His club could be on the lookout for another manager this summer, with current boss Sinisa Mihajlovic expected to go.

Similarly, it has been widely speculated that Benitez could be on his way out of Napoli come the end of the season, with the Liverpool Echo citing suggestions that the former Champions League winner could be the perfect fit for Ferrero.

Quite to the contrary, Ferrero has made a number of derisory remarks about Benitez, who’s also had spells with Valencia, Inter Milan and Chelsea.

He said: “As far as I am concerned, he’s [Mihajlovic] staying. If he were to leave, I’d know who to replace him with. Paulo Sousa’s not going to be Sampdoria’s next coach, it will be [Italian comedy actor] Lino Banfi.

“I could take Benitez, but I’d have to take him to see a dietitian first. Anyway, if Mihajlovic does leave, I’ve already got a replacement. You all say he’s leaving, even if I don’t know anything about it.”

Benitez enjoyed a highly successful spell at Anfield, winning the Champions League in his first season on Merseyside, inspiring our famous comeback against AC Milan in Istanbul.

He won the FA Cup a year later and remained with us until 2010, also reaching another European final and guiding us to a second place finish in the league. 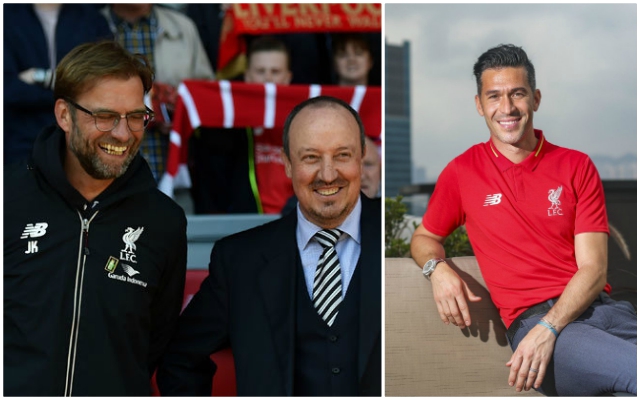