Philippe Coutinho today became the thirteenth different Liverpool player to make the PFA Team of the Year throughout the course of the Premier League era.

The 22-year-old Brazilian has been in fine form this season, often single-handedly keeping the Reds ticking from the top of our midfield or just behind a central striker.

In this list below we take a look back at the Reds’ stars past and present who have been honoured with the same recognition. They are ranked according to their number of selections or, in the case of them having been selected the same number of times, they appear in order of time, with the least recent appearing first…

The England international full-back became our first selection of the Premier League era after helping the Reds win the League Cup. He would go on to play 185 league games for us, leaving for West Ham United in 1999.

The then youthful goalkeeper was mid-way through his seven year spell with the Reds, which ended in 1999. He played 214 league games for us – the most he played for any club during his journeyman career.

Just a year before his retirement, a 33-year-old Wright made the team. The former Southampton and Derby County man played 160 league games for the Reds after joining us in 1991, while he also won 45 England caps.

The full-back spent eight years at Anfield, playing 139 league games and scoring twice. He left in 2000 and finished his career in English football with Blackburn Rovers, helping them lift the League Cup in 2002. 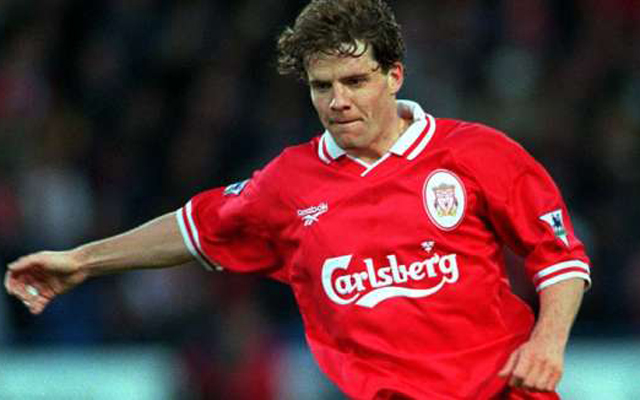