You could be forgiven for thinking that there’s nothing left to play for this season. Following Tuesday night’s horror show at the hands of Hull City, we’re now seven points adrift of the Champions League places.

While many onlookers have already switched their attentions to the summer transfer window, there’s still plenty of work to do for the Reds. While a top four place might be all but beyond us, Brendan Rodgers needs to spend the remaining games restoring some confidence in his players and some faith in his supporters.

If he can do that, then we’ll go into next season with a reasonable amount of optimism. If he fails to do so, then his own position is going to be under even more intense scrutiny.

Here are five things we want to see next month…

5) Steven Gerrard given a proper send-off

There will be no fairytale ending to Steven Gerrard’s Liverpool career – no FA Cup final, and no Premier League title. It’s a horrible shame for arguably our greatest ever player, who undoubtedly deserved better. After missing the game against Hull, there are just four matches left for him to complete as strong a send-off as possible. There’s little for him to aim for in truth but it’s hard to believe that he’ll go out with a whimper. An Anfield screamer would be a nice way to sign off. 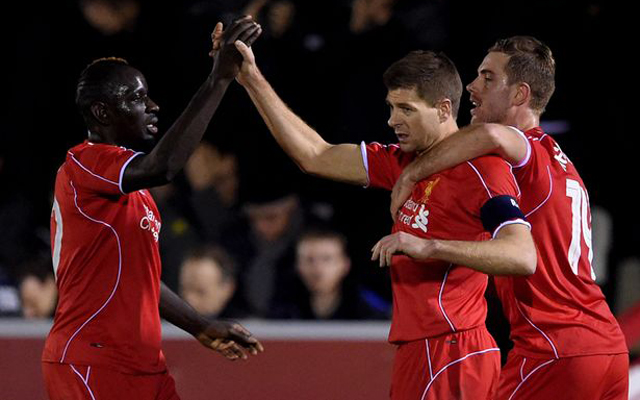