For those of you who thought Liverpool’s chances of silverware had come and gone this season, you’re a little bit wrong. The Reds can edge closer to the Under-21 title tonight with victory in the mini-derby.

The Reds take on Everton at Goodison Park, looking to close the five point gap on league leaders Manchester United. This is our game in hand on the Red Devils, so with four games remaining we still have every chance of beating them to the trophy.

There will be plenty of fine young talent on show tonight, despite the fact that some of the more well known names – such as Jerome Sinclair and Sheyi Ojo – are out on loan with Championship clubs.

Here are five starts in the making to watch out for:

An intelligent attacking-midfielder who loves to drift in and out of that hole behind the strikers. A 19-year-old England youth team international who joined us from Crewe in 2012, the youngster signed his first professional contract with the club last summer. He’s made 14 appearances for the Under-21s so far this season, scoring twice. 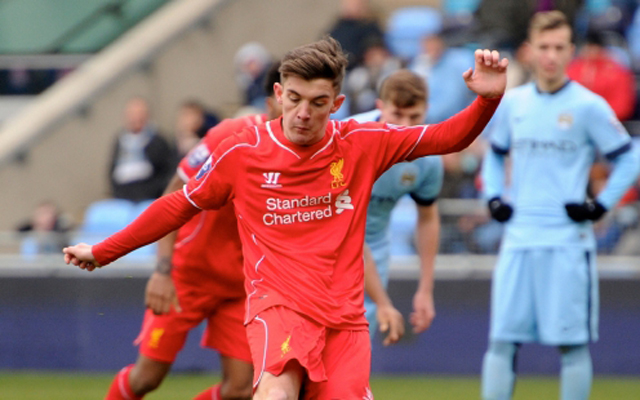