On Tuesday night, former Southampton midfielder Matt Le Tissier was the first recipient of the One Club Man Award from La Liga side Athletic Bilbao.

Throughout our history, we have had eight players who would qualify for the award, having spent the entirety of their glittering careers on Merseyside, each making over 100 league appearances.

Unfortunately, given his contribution to the club, Steven Gerrard’s impending move to MLS means that he will not be joining the list.

Here is the list in full, with their official league appearances and goals tally:

Although his early career was stifled by World War I, McKinlay’s time at Liverpool yielded over 400 appearances. He was made captain in 1919, and would lead his side to the Division One title in 1922 and 1923.

The defender was one of four men on this list to make their debuts in 1939, thus having their careers interrupted by the outbreak of World War II. His lack of appearances during his 14 year stay was down to a series of serious injuries, including two broken legs, the second of which ended his career. 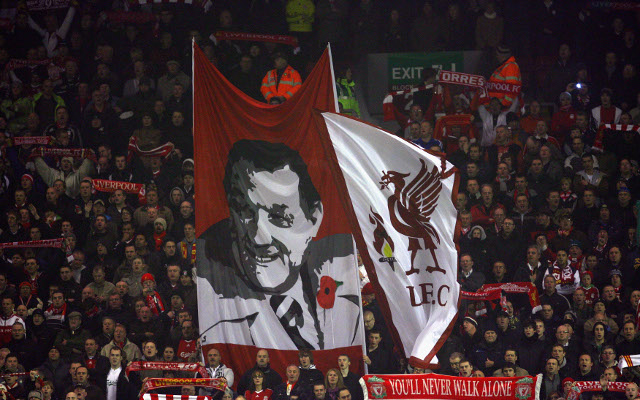 Whilst Bob Paisley’s greatest legacy at our club came from being the manager during a golden era, he also spent all of his playing career with us. The left-half retired in 1954 after 15 years at the club, and made over 250 appearances.

The Welsh defender joined us at just 13, making him the youngest player to join a side in the Football League. But because of the war, he had to wait ten years before he was handed his debut. He would retire at the age of 33, having played over 300 games for us.

Football News 24/7
Jamie Carragher fires dig at Liverpool defenders following ‘shambolic’ performance at Wolves
February 5, 2023 7:33
(Video) Carragher ‘convinced’ Liverpool have a big summer planned and welcomes the lack of January spending
February 1, 2023 15:50
Jamie Carragher shares deadline day ‘breaking news’ with big update for Liverpool
January 31, 2023 21:09
(Video) Carragher shares advice he used to give Gerrard to help Bellingham make the right transfer decision this summer
January 25, 2023 8:45
(Video) Jamie Carragher claims he’d ‘knock f*ck’ out of ex-Man Utd man in response to interesting ‘fight’ question
January 19, 2023 15:00
‘What I would say to him’ – Jamie Carragher sends ‘special’ Liverpool message to Jude Bellingham ahead of potential summer transfer
January 19, 2023 13:43
Jamie Carragher singles out one ‘outstanding’ young LFC star for praise as Chelsea case made
January 17, 2023 21:57
Carragher says Liverpool are ‘as bad’ as anyone in the Premier League after Brighton loss
January 14, 2023 17:12
(Video) Carragher and Neville agree on one Liverpool player’s place in FIFA team of the year
January 11, 2023 9:45
Liverpool started doing something ‘absolutely unforgivable’ this season but Carragher knows how they can fix it
January 3, 2023 8:12