Hands up if you hadn’t heard of Ryan Kent prior to last night. Well, you definitely have now! The 18-year-old midfielder burst onto the scene last night with two wonderful goals for our Under-21s against Everton.

The young Reds were thoroughly impressive in winning the ‘mini-derby’ at Goodison Park and moving to within two points of league leaders Manchester United. You can watch the highlights of the 3-1 win by clicking HERE.

Despite the return of Sheyi Ojo and Jerome Sinclair, who have both spent time on loan in the Championship with Wigan Athletic this season, it was Kent who stole the show.

So who exactly is he? Does he have a future at Anfield? Find out all you need to know below…

How long as he been with Liverpool?

Kent joined Liverpool at the age of seven, working his way up through the ranks after starting with our Under-9s.

Where does he play?

Our official website describes him as a ‘dynamic winger who can play on the left or right side’. They add that Kent loves to take on defenders and cause endless problems for the opposition. In recent weeks he has proved his versatility and adaptability, also playing in a more advanced role behind a central striker.

He made eight appearances for the Under-18s during their 2012-13 season. That year he was also involved in the NextGen Series. From there, he quickly progressed to becoming a regular for the side, making 27 appearances and scoring four goals last season. He made his breakthrough in the Under-21s at the back-end of last campaign and has continued with Michael Beale’s side for their current campaign. 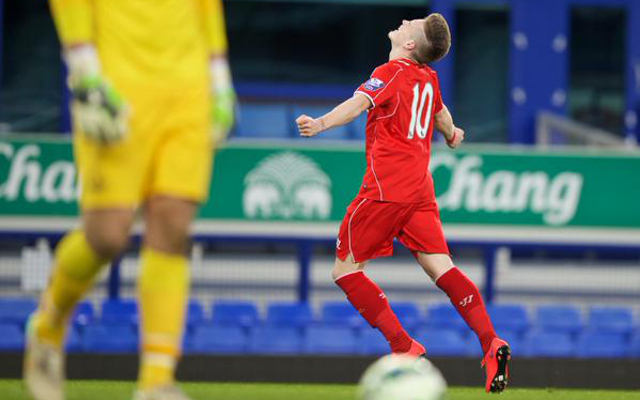