Speaking earlier this week, Kolo Toure has declared Liverpool’s Player of the Season award to be a two-horse race between teammates Philippe Coutinho and Jordan Henderson, who have both had excellent campaigns thus far.

Toure, who was quoted by our official website, said: “They have both been really consistent and have played really well. Jordan has been really strong. Philippe has been great.”

Former Liverpool striker Robbie Fowler went one step further and told the official website that the award is as good as Coutinho’s already. He said: “I’d be surprised if he didn’t win it. I loved playing with players like that.”

So is the candidacy for the award as black and white as it looks? We’ve drawn up a list of five candidates below…

We thought we’d start with the Brazilian because we can’t deny the fact that he’s comfortably the leading candidate, as demonstrated by his selection in the PFA team of the year and his nominations for the Premier League’s player and young player of the year awards.

Since Luis Suarez left at the end of last season, Coutinho has taken over the mantle of being our team’s go-to man, the one that keeps us ticking. He may have only scored eight goals and provided eight assists in all competitions – not a total that would make many people raise an eyebrow – but he offers so much more to the team as a whole.

He thrived since the introduction of the 3-4-2-1 formation, playing in that space between midfield and attack, and has done just as well since we reverted to a back-four. To the surprise of several critics, he’s also done much better there than teammate Raheem Sterling, who has received a lot closer attention from opposition defenders following the success he enjoyed alongside the ‘SAS’ last season. 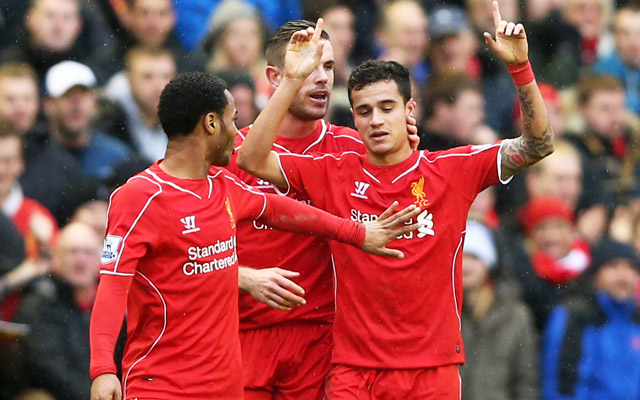