The Daily Mirror produced the following table ahead of this weekend’s Premier League fixtures. It shows Liverpool in fourth place, ahead of Manchester United who have dropped down to sixth.

The table is ordered according to the average number of touches in the opposition penalty area per game. The Reds are averaging 24.2, with only Arsenal, Chelsea and Manchester City recording a higher number.

However, reality tells us that we’ve managed just 49 Premier League goals – less than United and Tottenham, who are just tenth in this table. We are simply not as clinical in front of goal as we have been in years gone by.

That won’t come as a huge surprise to many Liverpool fans. Daniel Sturridge has started just seven league games due to injury, while Mario Balotelli, Fabio Borini and Rickie Lambert have scored just four league goals between them.

Surely, Brendan Rodgers can’t ignore numbers like this? Surely, we’re going to buy a striker in the coming months!

You can see the table in full below: 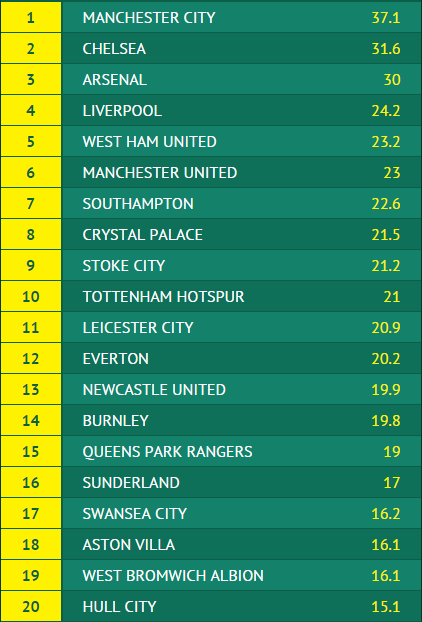