Liverpool’s new main stand is making exciting progress, as shown by these latest pictures from the Daily Mirror.

The drone has captured the basic structure of the extension, which will give us another 8,500 seats by the start of the 2016-17 season, increasing our ground’s overall capacity to around 54,000.

You can watch the full ‘timelapse’ video for the work done up until the end of April via the official website.

According to that article, the new structure has almost reached its full height. This will eventually become part of an upper tier for the existing Main Stand, with a roof also set to be added.

Both the stairs and the metal decking that will hold the Main Stand’s new floor have been installed and all of the main foundation work has been completed. 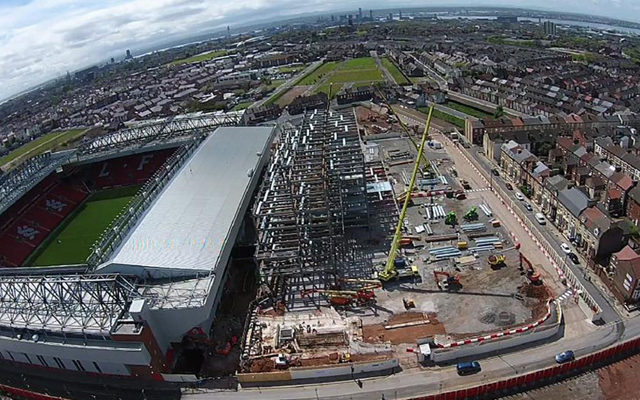