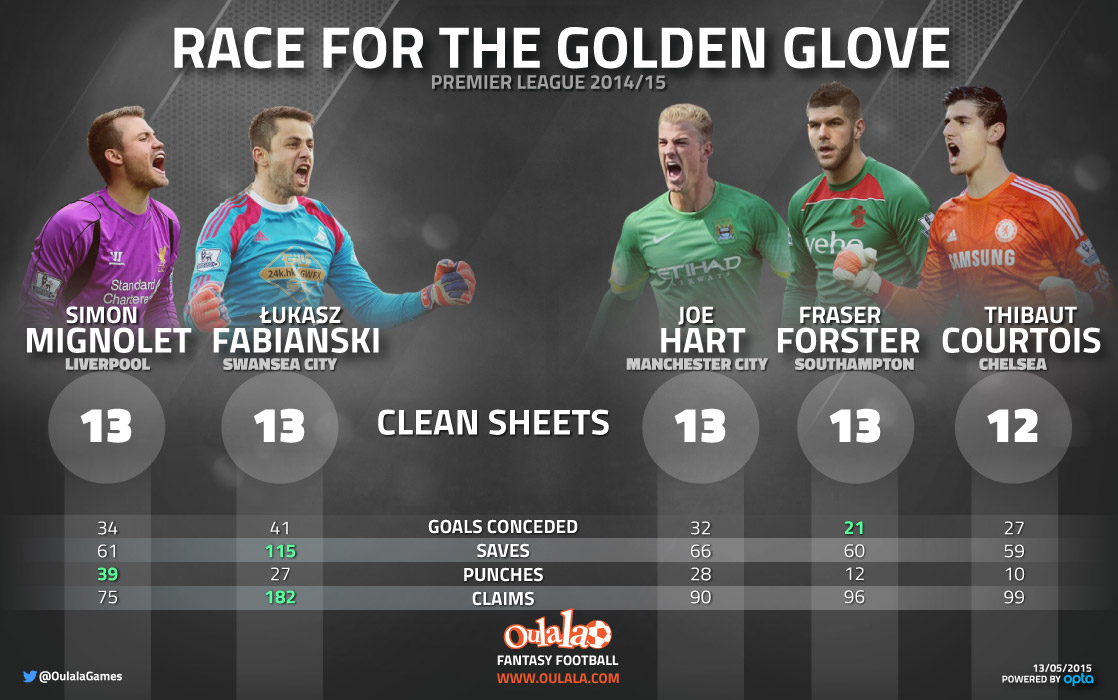 Of the five shot-stoppers in contention, Swansea’s Lukasz Fabianski, Simon Mignolet of Liverpool, Manchester City’s Joe Hart and Southampton’s Fraser Forster all currently sit on 13 clean sheets. Thibaut Courtois of Chelsea is one behind with 12.

A closer look at this season’s stats further reveal how each of the keepers has impressed in one way or another.

Of the five, Southampton’s Forster has conceded the fewest goals, 21 in 30 appearances, an average of just 0.7 goals per game.

Lukasz Fabianski has seen, and dealt with, the most action. The Swans keeper has made a total of 115 saves, the most saves of any goalkeeper in the Premier League this season. The Pole has also made 182 successful claims, again the most from any keeper in the league this term.

Simon Mignolet, dropped earlier in the season due to a poor run of form, regained his place after an injury to Brad Jones and hasn’t looked back since. The Belgian has collected 9 clean sheets from his 17 appearances since the turn of the year, 2 more than any other keeper in 2015. The Liverpool shot-stopper has also made the most punches in the Premier League, 39.

All five keepers were overlooked when the PFA team of the year was unveiled last month despite boasting the best stats between them this season. Which one can rise above the others in the final two games and claim the Premier League’s 2014/15 Golden Glove?