The Italian international was meant to be Xabi Alonso’s successor in the Liverpool midfield. Unfortunately, injury hugely restricted his progress. He made just 18 league appearances in three years before joining Fiorentina.

The academy graduate played 30 league games for Liverpool, mostly under Kenny Dalglish. He eventually joined Bolton Wanderers in 2013 and has since joined Blackburn Rovers on loan. A solid Championship midfielder.

Spent two years at Liverpool between 2000 and 2002, joining us from neighbours Everton. He was never a regular on Merseyside. He played just 32 times in the league before joining Leeds United in 2002, then Hull in 2004.

Struggled with injuries during his time at Liverpool, playing just 23 league games during his two years at the club. Nonetheless, he started both the 2006 FA Cup final and the 2007 Champions League final, winning the former.

The Croatian played 72 times in the league during a five-year stay at the club. He moved to Greece after helping us win the Champions League in 2005 and returned to his native country three years later. He retired in 2012. 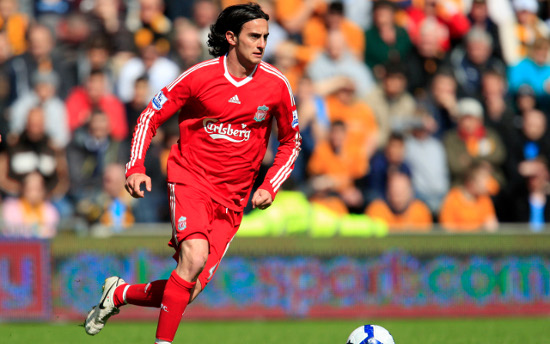