This weekend’s game against Crystal Palace will mark Steven Gerrard’s last in a Liverpool shirt at Anfield. Despite us having little to play for, it will be a special occasion for all involved as we bid farewell to a legendary figure.

So as we prepare ourselves for what promises to be an incredibly emotional occasion, we look back at Gerrard’s ten most memorable moments for us. Read through our countdown below…

Despite making his debut in 1998, Gerrard had to wait for over a year to score his first Liverpool goal. It came in December 1999 against Sheffield Wednesday, in typical Gerrard style. A bursting run from the halfway line saw him collect the ball on the edge of the area before slotting it past the keeper. The Reds won the game 4-1.

Back in April, Gerrard played in his first Merseyside derby. While he didn’t score, he did make a couple of crucial interventions – clearing off the line twice as the Reds hung on to a 3-2 win over neighbours Everton. Robbie Fowler scored twice and Patrick Berger scored the other for us. Olivier Dacourt and Francis Jeffers netted for the visitors. 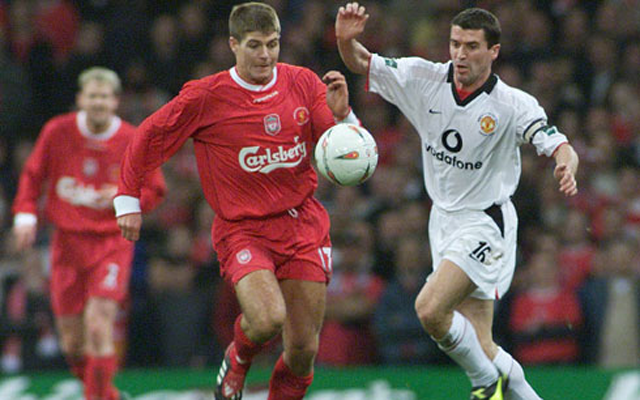