Brendan Rodgers has made the first move to guard against the potential departure of Martin Skrtel, by upping his interest in Real Sociedad’s 23-year-old defender, Inigo Martinez.

Spanish publication Marca are the surprise perpetrators of these claims, with their report subsequently reproduced by the Daily Mirror.

Martinez made his Sociedad debut in 2011 and has since made more than 120 appearances. He won his first and only cap for Spain in 2013, coming on as a second-half substitute for Sergio Ramos in a friendly win over Ecuador.

Liverpool scouts reportedly flew to Spain over the weekend to watch Martinez play against Barcelona, a game which the Catalans won 2-0. Sociedad are understood to value their player at around £21.5m, meaning any initial offer that we might have made is well short of what they’re after.

The Mirror suggest that our interest is based on the imminent departure of Kolo Toure – out of contract at the end of season – and the lack of form shown by Dejan Lovren, who has struggled since his arrival last summer.

However, the Croatian has improved in recent weeks and now looks a solid understudy to Martin Skrtel and Mamadou Sakho. While we may well spend the summer chasing a fourth-choice centre-back to replace Toure, Martinez would be far from content at the prospect of playing that kind of role.

The only conceivable reason for spending another £20m plus on a defender is if Skrtel does not sign his new contract. As reported by the Liverpool Echo, the Slovakian still hasn’t committed to an extension on his current deal, which expires at the end of next season, while the likes of Wolfsburg and Napoli have shown an interest in him. 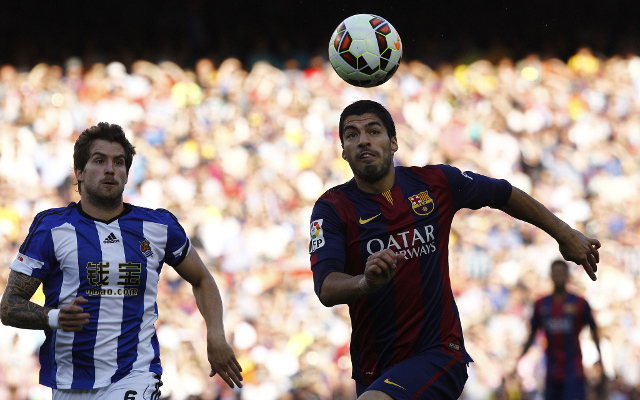