Joey Barton joked earlier this week that Steven Gerrard has never changed his haircut throughout the entirety of his 17-year Liverpool career. And you know what, he may we be right!

He’s achieved so much. One of his biggest achievement in my eyes, which often goes under the radar is having the same haircut for so long.

It must be incredibly tough to ignore the trends and stick with the tried and tested ‘no 2 on the top and 1 on the sides’ for over a decade. — Joseph Barton (@Joey7Barton) May 14, 2015

BBC Sport (via ToppsFootball) came out with this brilliant compilation this week, showing each and every one of our captain’s team photos since the start of his Liverpool career, all in the form of one giant sticker collection!

As you can see, while the rest of the look steadily changes and – no offence Stevie – his growing years become more apparent, his hair stays immaculately similar. Even the introduction of a beard over the last two seasons was not enough to change it.

Our iconic captain calls it a day with his boyhood club next weekend, with our trip to Stoke City likely to be his last outing as a Liverpool player. Prior to that of course, we have his last game at Anfield, which comes this Saturday against Crystal Palace. 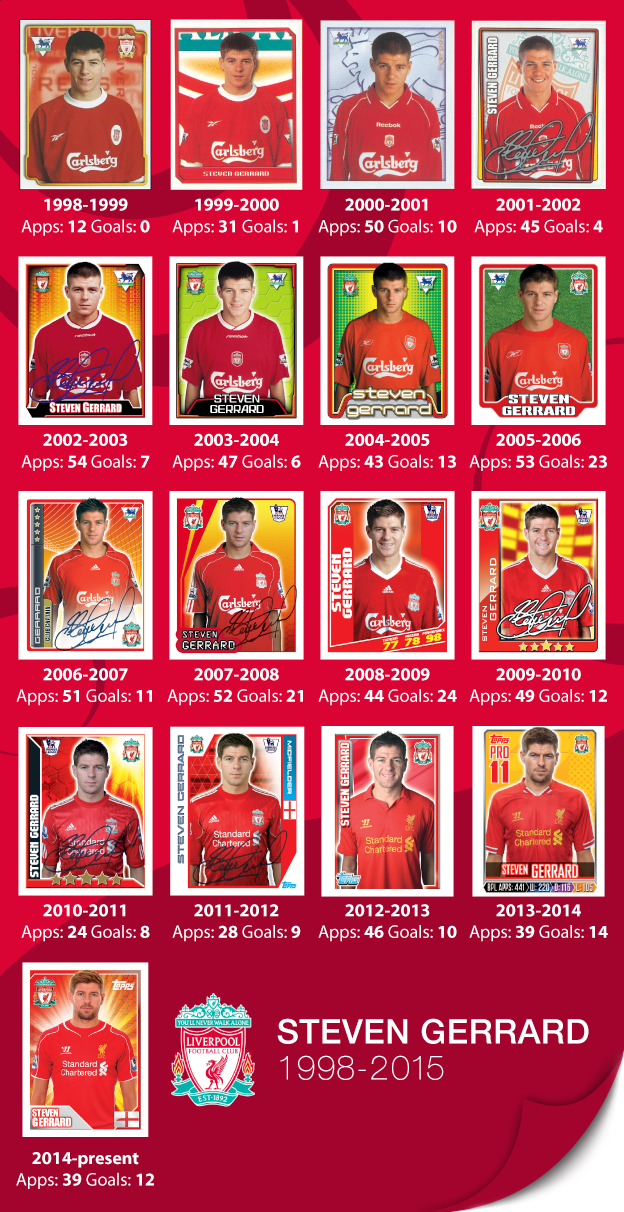