According to Sportingintelligence’s Global Sports Salaries survey (via the Liverpool Echo), our squad is the 14th highest paid sports team in the world, behind the likes of Paris Saint Germain and Real Madrid, as well as MLB sides such as the Los Angeles Dodgers and the New York Yankees.

Interestingly, the Premier League salaries were calculated as of summer last year, meaning Luis Suarez’s mega-wages are still likely to have been included in this tally. With other high earners, such as captain Steven Gerrard, set to depart this summer, we could see our total fall even further.

It’s also worth noting that our owners Fenway Sports Group pay their other major sports team baseball’s Boston Red Sox on an almost identical pay structure, with players earning an average of £63,703-per-week. 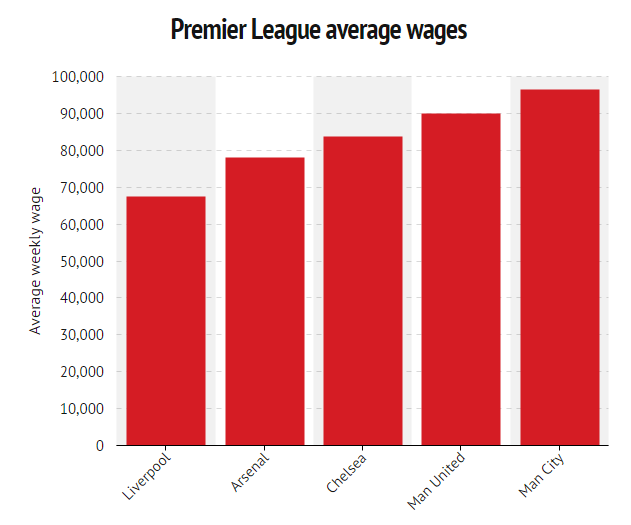