Javier Manquillo has promised not to give up on his Anfield dream, despite struggling to make an impact during his first season with the club.

The full-back, who’s mid-way through a two-year loan deal from Atletico Madrid, has played just 19 times in all competitions, with his last start coming way back in January. In fact, he’s only got on the pitch three times since the turn of the year – twice in the FA Cup and once in the Europa League.

He’s not even been included in the last three match-day squads. However, he remains determined to prove himself by working hard in training and attempting to force his way back into the team, both for Sunday’s game with Stoke City and ahead of the start of next season.

In quotes taken by the Liverpool Echo, he said: “Everyone wants to play, we are all fighting for our own position on the field and it is true I haven’t had the chance to feature since January.

“But it doesn’t alter the fact I will work hard to get a game, whether it be the last game of the season or to be considered early on next season. That’s what we are here for, we are all here to fight for our place and that’s what I will be doing.”

Of course, he’s just one of a number of Liverpool players with a point to prove. Here are five that we think will start next season already under pressure…

There are several things that should help the Spaniard achieve his aim of playing more regularly. The most obvious factor here is that Glen Johnson and Jon Flanagan are both unlikely to provide any competition. Johnson is out of contract at the end of the season and is widely expected to leave, while Flanagan’s latest injury setback is likely to rule him out for much of the campaign.

To be fair to him, the 21-year-old also put in some decent performances late last year. If he can build on that and start next season well then he has every chance of establishing himself. 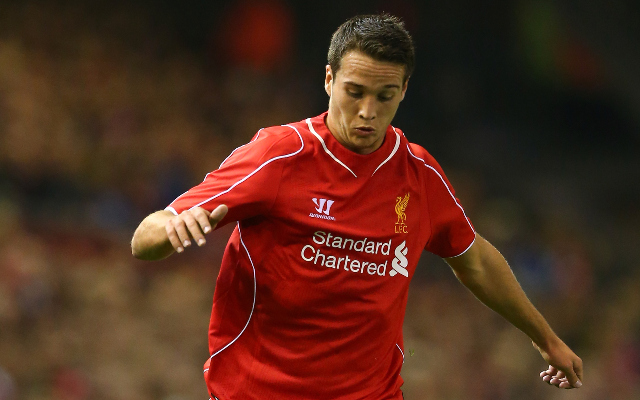