Don’t get too excited guys, there isn’t about to be a recount on the number of points everyone has got this season.

However, to be fair to the Daily Mirror, it’s quite impressive that they’ve been able to come up with a way to put us top of anything based on this seasons results and performances.

Why are Liverpool top of this Premier League table? Well the table, which can be seen in full below, is ordered by the percentage of each team’s goals that have been scored during a match televised live in the UK. So, if only games shown by Sky Sports and BT Sport actually counted, we’d be doing pretty well!

Admittedly, 73% of 51 goals is still substantially less than Manchester City’s 70% of 81 goals, but maybe we can take some shred of encouragement from the fact that our boys perform better when the TV cameras are pointed in their direction.

Here’s the table in full: 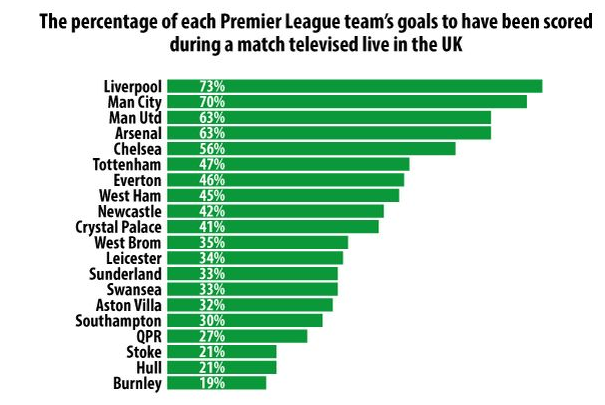