Today, we celebrate ten years since that famous night in Istanbul, when we lifted the European cup for the fifth time in our history. Our incredible comeback against AC Milan has gone down as one of the greatest finals ever, but it’s worth remembering than 27 players starred during our 15 game run to glory.

In the list below, we remember each and every one of them and tell you just what happened to them after they left Liverpool. So if you’ve ever wondered about Florent Sinama-Pongolle or Anthony Le Tallec, you can find out now!

Dudek was one of the biggest heroes in Istanbul. His double-save from Andriy Shevchenko at the end of extra-time and his subsequent stops in the penalty shoot-out will always be remembered. He only played another 12 games for Liverpool, following the arrival of Pepe Reina, and joined Real Madrid in 2007. He retired in 2011.

Rafael Benitez didn’t take to the Swiss defender. Carragher took his spot at centre-back, having previously played on the right, and Henchoz joined Celtic in January 2005. He moved back to England with Wigan Athletic later that year before finishing his career at Blackburn Rovers. He is currently looking into football coaching.

The full-back only played the first 45 minutes in Istanbul before limping off with an injury. The former Republic of Ireland international remained with Liverpool until 2008, before finishing his career with Espanyol and Portsmouth. His final game was the 2010 FA Cup final. He has left football all together since his retirement.

Who could forget his incredible goal against Juventus in the quarter-final. The big Finn played every game of our successful run to the final and continued his Liverpool career until 2009. He finished his playing days with Bayer Leverkusen before going into management, first with Leverkusen and then with Brighton late last year. 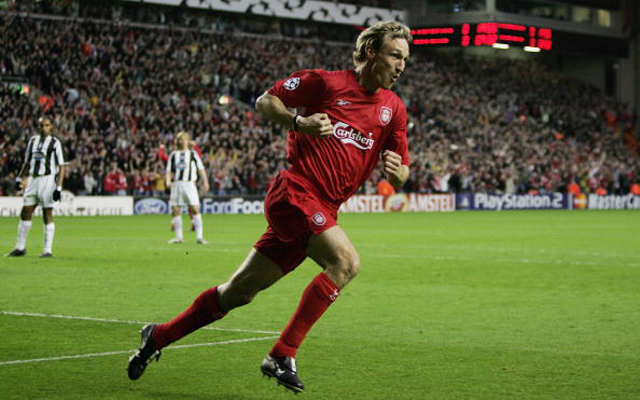