LA Galaxy have paid a touching tribute to our departing captain Steven Gerrard, by taking out a full-page ad in today’s Liverpool Echo.

The spread shows the 34-year-old hoisting the Champions League trophy aloft, ten years to the day of that incredible night in Istanbul – where the former England captain led a recovery that will go down as the greatest in the competition’s – if not, the sport’s – history.

The message accompanying the photo read: “Ten years ago today, on a night in Istanbul, a leader became a legend. For the last 17 years Liverpool has backed its loyal captain.

“To the club that set the example, from a city honoured to carry the legacy, thank you,” it continued.

It also comes a day after Gerrard made his final appearance in a Liverpool shirt before his summer move to MLS. And the humbling defeat proved how much we are going to miss his influence, as while the team’s performance was not befitting of the legacy he will leave behind, he did grab our only goal in a reminder of the way that he has always played his football: you don’t give up until you hear that final whistle.

Here is the full page spread: 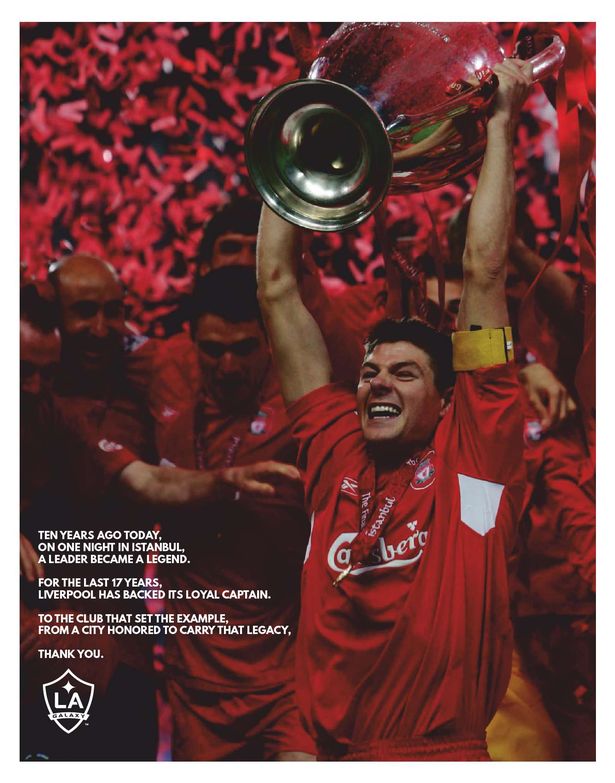