Today, we celebrate ten years since Istanbul. That evening – the 25th May 2005 – is a piece of history, one that ranks firmly alongside those other magical nights in Rome, London, Paris and Rome again. It will always be remembered and celebrated, and rightly so.

Every single Liverpool fan harbours their own special memories of that night, while those too young to remember the final itself have seen countless video reruns and have suffered the plight of having every single moment described in pain-staking detail by their elders.

So for all you Reds feeling in a reminiscent mood today, we’ve recounted our 2004-05 Champions League run in its entirety. So click through the pages below and enjoy a trip down memory lane…

Rafael Benitez got off to the best possible start in what was his first competitive fixture as Liverpool manager. Michael Owen was left on the bench, just four days before his move to Real Madrid, but his absence did little to spoil the Reds’ opening night. Steven Gerrard scored both goals against the Austrian champions – who have since gone out of business and restarted in the amateur leagues – leaving us with a comfortable lead ahead of the return leg at Anfield.

It was a difficult and disappointing night on Merseyside, as the Reds were made to sweat profusely on our spot in the group stage. Mario Tokic got the goal early and we were left to hang on, with a vital saving tackle from Jamie Carragher late on almost certainly preventing extra time. The disgruntled supporters made their unhappiness clear at full-time, despite out progress. 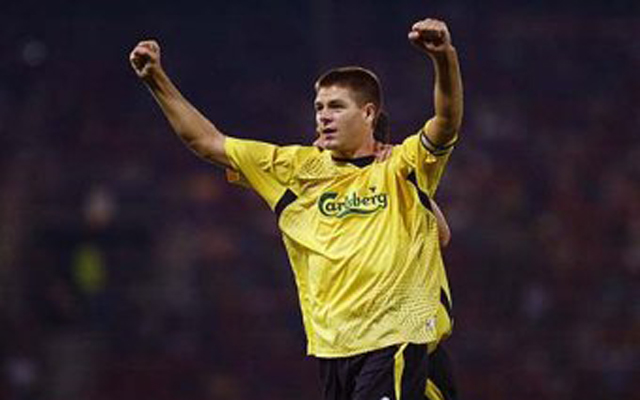