When Steven Gerrard walked off the pitch at the Britannia Stadium on Sunday, he called time on a 17 year career at Liverpool that has seen him play alongside some of the most talented players to grace the English game – though few have been quite as gifted or influential as him.

To celebrate the curtain call of his wonderful time on Merseyside, BBC Sport have compiled a starting line up consisting of the players that the former England captain has played the most games with, with two of the current crop making the XI.

Here is the side in full: 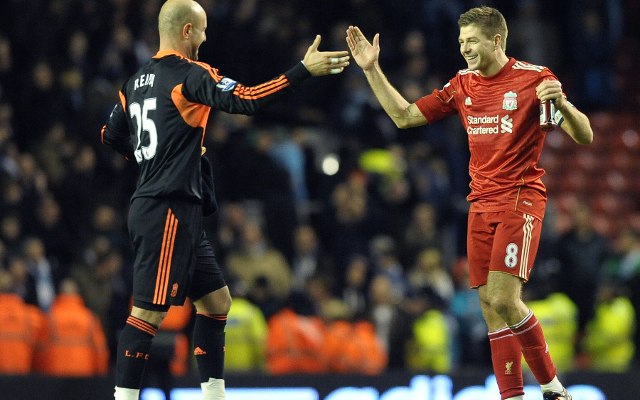 The Spaniard spent nine years at Anfield – although his final season was spent on loan in Serie A – before his move to Bayern Munich last summer. Together with Gerrard, the pair were the catalysts for the dramatic turnaround in the FA Cup final during Reina’s first campaign at the club. The midfielder scored the two goals that helped us come back from behind twice against West Ham, before Reina made three saves in the penalty shooutout to help us clinch the trophy for the seventh time. 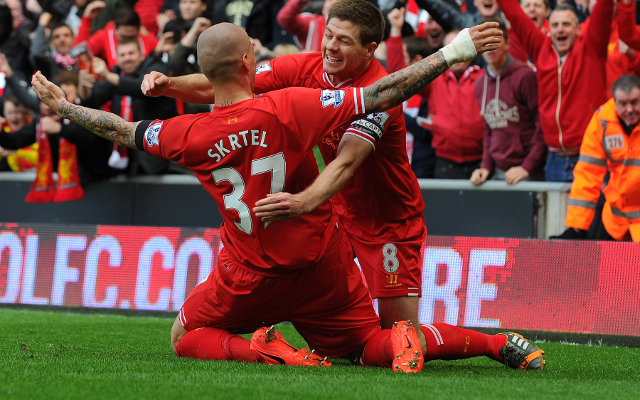 Like Gerrard, Martin Skrtel has assumed the mantle of one of the leaders of our side in the last couple of years. The last time the pair scored in the same game came in the emphatic 4-0 win against Fulham in December 2012. Luis Suarez and Stewart Downing were also on the scoresheet that day. 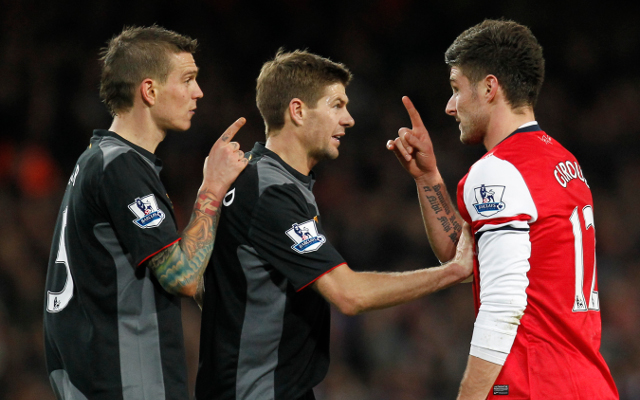 The big Dane left Anfield one season ago, having spent over eight years at the club. Coincidentally, the centre-back scored on his last appearance for the side – as did Gerrard on Sunday – grabbing the equaliser two minutes before Daniel Sturridge bagged the winner in the final day victory against Newcastle. 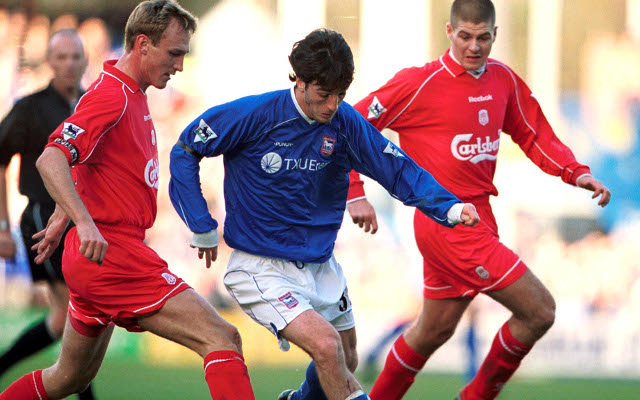 One of the most underrated defenders in Premier League history, Sami Hyypia spent a decade at the heart of our defence. Such was his influence that just a couple of years into his time on Merseyside, he was handed the captain’s armband – having helped the side achieve the cup treble in 2001. It would be Gerrard that replaced him as the skipper in 2003, but the Finn remained a stalwart of our team.