A new study has found that young players get less game-time in the Premier League that in any of Europe’s other leading leagues, with Liverpool one of the few English teams helping to break that trend.

According to reports from Sky Sports, footballers under 21 years of age played just 5.3 per cent of total minutes in the 2014/15 Premier League, although 19.8 per cent of the minutes played by Liverpool players have been covered by those aged 21 or under.

The graphs below explain those numbers in greater detail… 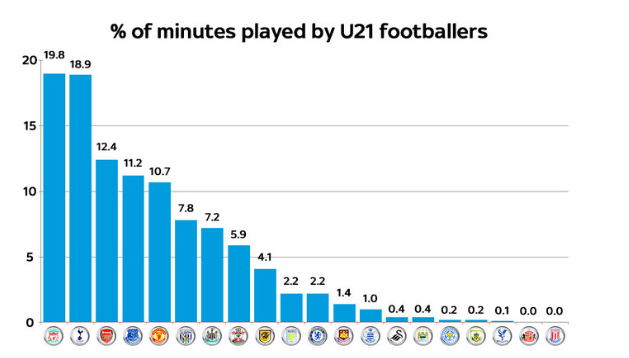 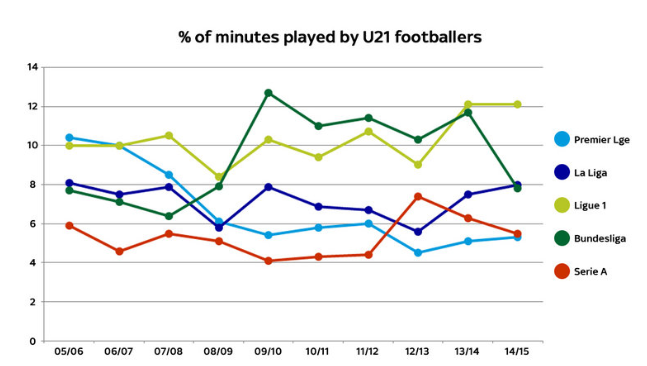 We’ve placed our faith in a lot of young players over the last couple of years, particularly in the last twelve months. The likes of Raheem Sterling, Jordon Ibe, Alberto Moreno, Emre Can and Lazar Markovic have taken on a range of roles within our squad, although all have been regulars in Brendan Rodgers’ match-day squads.

More recently, teenage striker Jerome Sinclair has made his Premier League debut, as we continue to plan for the future, while the likes of Sheyi Ojo and Divock Origi have also impressed during loan spells.