Another day, another player linked to Liverpool… And this one’s about as uninspiring as they come!

The Daily Express (who churn out transfer nonsense like perhaps no other) claim that along with Chelsea, we’re considering signing Portugal international Danny on a free transfer.

The 31-year-old moved to the Russian leagues in 2010 from Sporting Lisbon for a sizeable fee, but is available on a free, with Zenit St. Petersburg reportedly wanting to get him off the wage bill.

Under Andre Villas-Boas though, Zenit won the title, and Danny racked up eight assists and scored three from his 25 starts.

The Express bases its story on the fact that Danny was spuriously linked in the past to both us and Jose Mourinho’s side, but there’s no actual indication that we want him now – and that’s probably the way it should be.

Danny is past his best, and we need to be aiming far higher than over-30 freebies if we’re to fix our attacking woes ahead of the 2015/16 campaign. 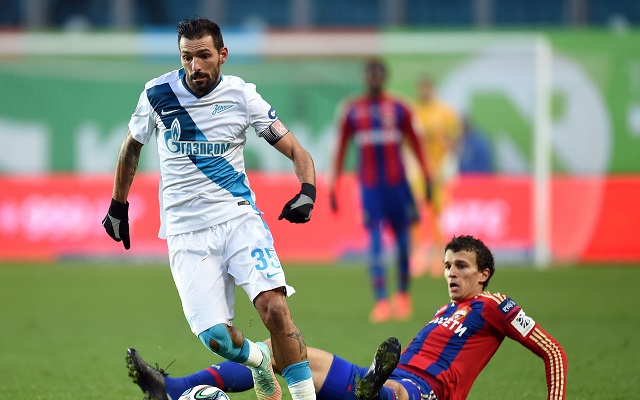