It’s promising to be a long and exciting summer for Liverpool. With money already on the table for Southampton’s Nathaniel Clyne (via the Liverpool Echo) and Mateo Kovacic of Inter Milan (via Caliciomercato), it’s clear that the club are intent on moving quickly to strengthen Brendan Rodgers’ squad.

We’ve heard plenty of rumours regarding James Milner and Danny Ings, who are both out of contract during the summer transfer window (via the Daily Mirror), while Christian Benteke’s future should soon become clearer now that the FA Cup final is done and dusted. Sky Sports claim he’s ours for £32.5m.

All that brings with it the inevitable questions about team selection and possible line-ups for next season. So, in the list below we’ve come up with five potential starting line-ups, some admittedly more plausible than others, and discuss their strengths and weaknesses.

Back in the first game of the 2014-15 season, we started our first match against Southampton with two summer signings in the starting line-up and two more on the substitutes bench. How many will we have next season? We take on the impossible task of attempting to answer than question below…

We have to consider the possibility – however unlikely – that we could be stuck with what we’ve got. With the likes of Steven Gerrard and Glen Johnson out of contract and on their way out, that leaves us with a couple of gaps to cover. Emre Can will need to continue at right-back, with Joe Allen finally realising his potential in midfield. We should be strong up front once Daniel Sturridge has returned from injury, with Adam Lallana proving back-up. 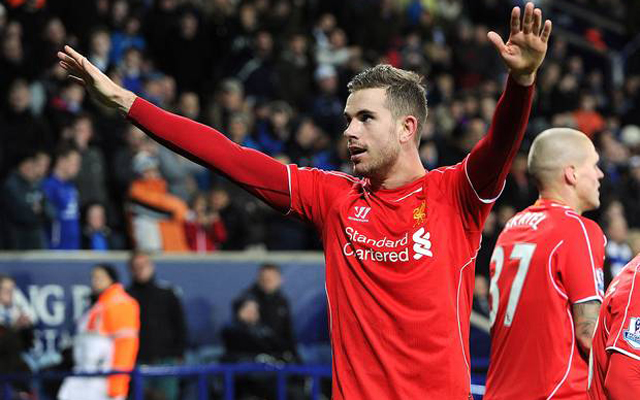