One of the biggest talking points this month has been Liverpool’s potential move for Aston Villa striker Christian Benteke. There have been a wide-range of claims regarding the Belgian’s immediate future. The Daily Star are certain that a move is going to happen, while Sky Sports are less convinced by the prospect of a deal coming good.

What everyone is agreed on, is that it’s going to cost us at least £30m to convince Villa to sell. Sky confirm that the player has a £32.5m buyout clause in his contract and Tim Sherwood’s side will have little chance of convincing the Belgian to stay put if such an offer comes in – but they do want him to stay.

Are we right to be throwing such money around? Many Liverpool fans aren’t convinced. While one of our own – Jordan Harris – attempted to make the case for the 24-year-old ahead of Saturday’s FA Cup final, which Villa lost 4-0 at the hands of Arsenal. You can read his thoughts on the transfer by clicking HERE.

We’ve taken a more balanced approach in the list below, as we count down the five pros and five cons of Benteke. Have a read and let us know your thoughts in the comment section below. Is he the man for us?

We need a striker who’s going to find the net on a regular basis – we can’t just expect Daniel Sturridge to hit the ground running when he returns from injury and we can’t honestly expect Divock Origi to be particularly prolific at this stage. The reality is that Benteke has scored 15 goals for Aston Villa this season – that’s more than Sturridge, Rickie Lambert, Mario Balotelli and Fabio Borini combined. Surely he’d improve our strikeforce significantly?!

Pro: He offers us something different

A lot has been made of us finding a striker who fits the ‘Liverpool way’. Well, the ‘Liverpool way’ hasn’t been working for more than a year and the prospect of trying something slightly different is not the worst idea in the world. It’s not as though he’s Rickie Lambert either, a player with about as much pace as Daniel Sturridge on one leg. He might be strong and powerful, but he’s also good with his feet for a big man and he can lead the line well. 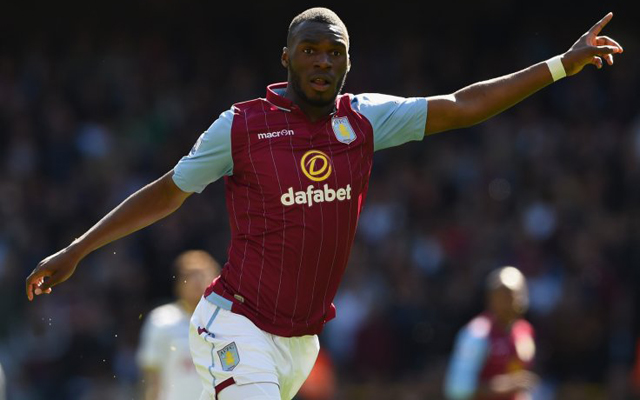