The Telegraph has named the 20 best Premier League players of the season, according to its Babbelo index…

Shockingly, despite the fact he made the Premier League Team of the Year, our Brazilian magician Coutinho didn’t make the list – while United’s summer signing Ander Herrera did…

Below, we’ve named the players, and added our own opinions and analysis.

No arguments here. The legendary Argentine was the main reason The Tigers are still in the Premier League. Should we consider signing him on a free, now Gerrard has left?

Has Herrera really been as good as the Mancs have made out? Probably not – and besides, for the money he cost, you’d hope he’d be half decent.

The best left-back in the league barely put a foot wrong all term for the champions, rendering the also excellent Filipe Luis a substitute.

It’s nice to see our vice-captain and probable skipper for next term recognised. He put in some monumental performances during a difficult campaign, and proved he deserves the armband full-time. Henderson can pass, tackle and create – and score goals, too.

Another player we think has actually not enjoyed as good a season as people make out. Although the young Belgian is destined for greatness, and while he claims crosses for fun – he sometimes lets goals in where we’d hope for a save. Lucky to have the best defence in the country playing in front of him, too. 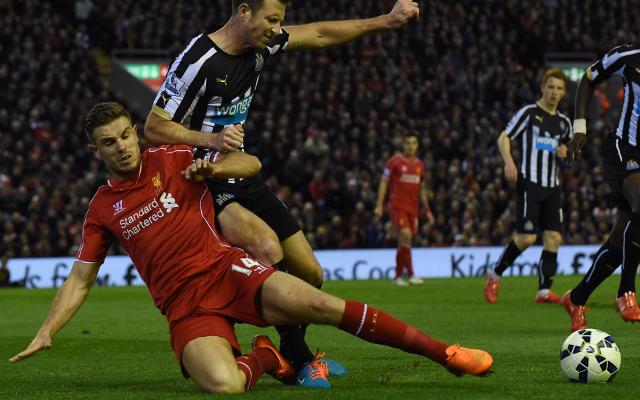