In what is comfortably the strangest transfer rumour of the day, Atalanta goalkeeper Marco Sportiello has linked himself with a move to Liverpool, only to claim that he’s happy at the prospect of staying in Serie A.

The 23-year-old was in fine form last season, helping his side narrowly avoid relegation from the Italian top flight.

He was seemingly asked about a move to Anfield this week but was quick to rule out the possibility.

“Liverpool are after me? But I am very happy in Bergamo”, he told Corriere di Bergamo [via the Liverpool Echo].

“I owe a lot to this city and I have a long contract with the club. Of course in the future I would like the experience of working abroad.”

It’s not the first time he’s been asked about us either. Back in March, the Daily Mail carried quotes from the same player, who again claimed to be attracting interest from Merseyside.

“Liverpool are definitely a great club,” Sportiello told Italian newspaper L’Eco di Bergamo. “We are talking about one of the top clubs in the world.

“However, I am happy to be here. This is my first year as a starter and I recently signed a new contract with Atalanta. My life has changed in a few months.”

Despite his claims, there doesn’t seem to be much truth in our interest. We’re definitely going to be chasing a goalkeeper this summer – following Brad Jones’ departure – and having ruled out a move for Neto we are likely to be open to alternate options (via the Liverpool Echo). But Sportiello doesn’t appear to be on our hit-list.

We might instead be going for Real Madrid’s Keylor Navas, who has been linked with Liverpool by The Metro. 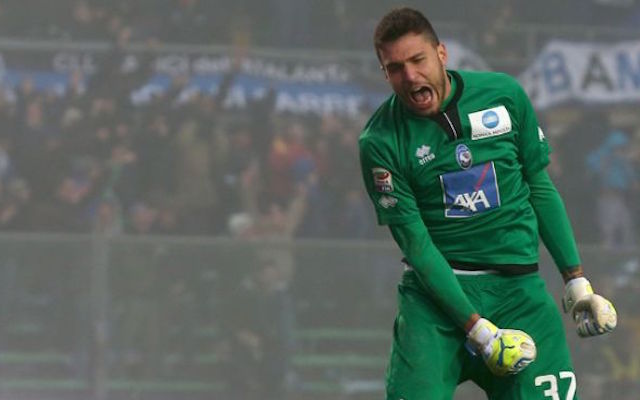 Italian keeper: ‘Liverpool are definitely a great club – one of the top clubs in the world’