The hapless full-back managed just seven Premier League appearances during three years at Anfield. He was eventually loaned out to Stuttgart before making a permanent switch to Basel. A punctured lung – sustained in a League Cup match – hugely restricted his impact at Anfield and he struggled for form after his return to the team.

The former Chelsea and England man was sent-off on his Premier League debut against Arsenal and things never really improved. Kenny Dalglish really didn’t fancy him and eventually loaned him out to Lille for a year. Brendan Rodgers also struggled to get the best out of him and he was subsequently let go after just 26 league games.

Many of us expected the Ukrainian to be an astute signing who would guarantee us a handful of goals from the bench. In fact, it was a similar scenario to the one that has been played out with Rickie Lambert this year. After impressing at Leverkusen he struggled with his limited opportunities at Anfield – scoring just five league goals. 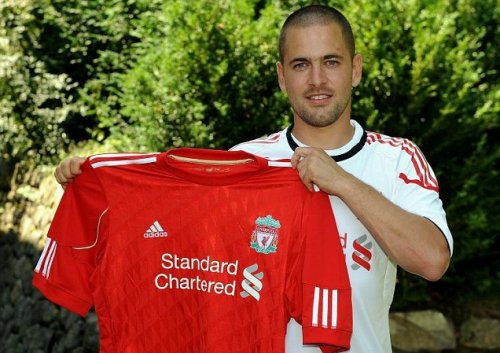 Another player who we simply never saw the best of at Anfield. After scoring 52 goals in just 116 league games for Standard Liege he earned himself a move to Liverpool. Unfortunately, the Serbian was never able to produce and made just ten Premier League appearances – without scoring – before being returned to Belgium and Anderlecht.

He might have only made 23 Premier League appearances for Liverpool but the Dutchman also picked up an FA Cup winners medal and started a Champions League final during his time with the club. He played a solid bit-part role during his two years on Merseyside and while he was never spectacular, he never let us down either.

It would be amiss of us to forget the veteran defender who has done a decent job since he arrived at Liverpool two years ago. Although his game-time has been limited his experience has proved vital off the field and he’s recently been handed a new one-year contract. The former Man City and Arsenal star remains extremely popular with fans.

The Welshman returned for a second spell at Anfield after leaving Manchester City in 2011. He was arguably our best player during the 2011-12 season, scoring nine goals in 33 appearances before leaving us for boyhood club Cardiff City. He notably helped us win the League Cup, with victory over Cardiff in the final at Wembley.

A Liverpool icon who also rejoined the club for a second spell in 2006. He provided us with a more than useful back-up option in attack, scoring 12 goals in 39 appearances, and was handed the opportunity to say a fond farewell to the Anfield faithful, something that he was unfairly denied when he first left us back in 2002.

The Argentinian international proved to be a big hit at Anfield. After arriving from Atletico Madrid in 2010 he quickly became a regular in our team. During his two-and-a-half years at the club he made 72 appearances in all competitions and scored an impressive 17 goals. His tally included the winner against Chelsea on route to the League Cup victory of 2012. 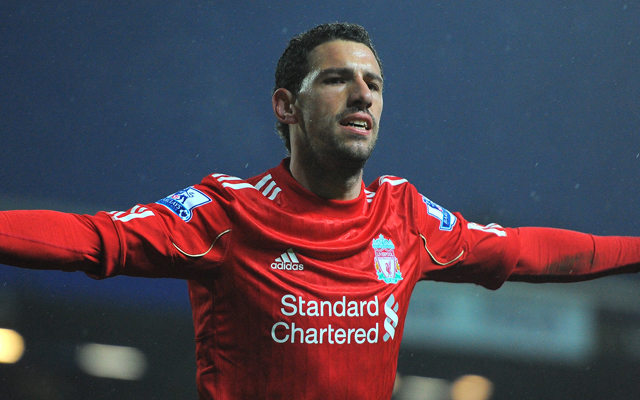 Eyebrows were raised when we signed the 35-year-old on a free from Coventry City. However, it proved to be a masterstroke from Gerard Houlier. The midfielder made 87 appearances during just two years at the club and won five trophies. He played an important role in us winning the treble in 2001, scoring a penalty in our League Cup shoot-out win and another spot kick – this time during the game itself – in our dramatic UEFA Cup victory.