If anyone can surpass Carragher, it’s our outgoing captain, who leaves us this very month after a 17 year career with the Liverpool first-team. Like his long-time teammate, he made more than 700 appearances for the Reds.

Picked up as a free agent despite already being 35. He proved an incredibly astute signing from Gerard Houllier, making 87 appearances and scoring nine invariably crucial goals during his two years at the club; treble winner.

The German made almost 200 league appearances during a seven-year spell at Anfield, which again included the treble in 2001, the Champions League in 2005 and the FA Cup in 2006. He famously netted a penalty in Istanbul. 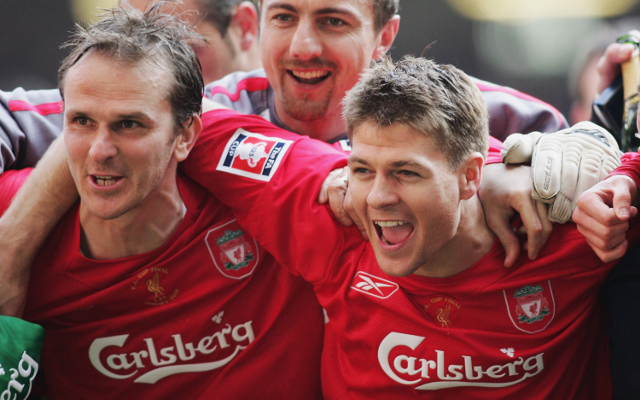